Commission for Ica whom I can't thank enough for all her help. I spent around 6 to 8 hours painting this, I really enjoyed it, I've never done this kind of art before on such a large scale. In the end I think it looks pretty nice. 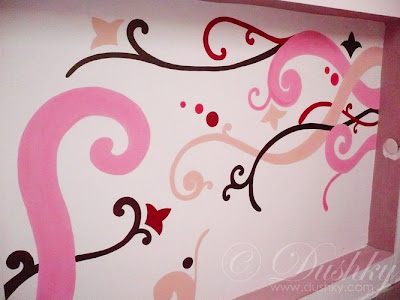 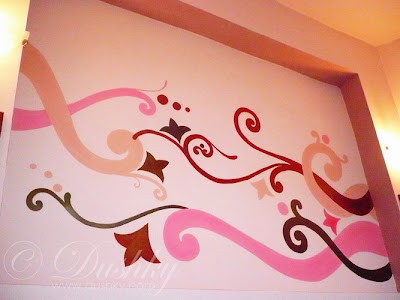 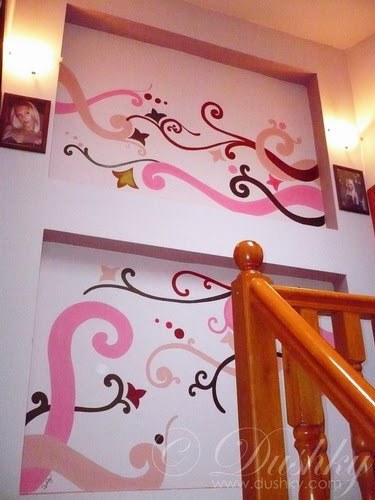 Walls are all around us, mine... are tall (in contrast with myself), very colourful, and meticulously built, every detail is perfect. They keep me safe but hidden, I should know, I made them myself. Don't we all? Don't we create walls of fear, safety, isolation, commonness, routine? I don't mean to sound in any way, but I find it funny how easily we build them up, brick by brick, it takes time, but they're going up, and how hard we find it to tear them down. I really appreciate people that are not afraid of doing so (no... I don't think I'm one of them, at least not all the time), people that don't indulge into a certain something.
Nevermind, it's Tuesday, oh yay, the sun is up but so damn cold, I do not care about the snow that's left, I have my hot coco with me, a stupid smile on my face and I'm ready... to work again.
I was talking to my friend LooLoo the other day about everything and nothing and here's a normal discussion between two not so normal human beings.

I said: listen to this song he gave me the other day
I said: I bet you'll like it
she said: I liked it from the first tunes
I said: it reminds me of the 50's
she said: yup
I said: ...a bit rockabilly
she said: jazz mixed with rockabilly
(...we laughed, because we said that simultaneously and we always say the same things)
she said: cigarette perfume...
she said: ...and men in suits
I said: morning
she said: ...a lot of smoke and coffee
she said: evening
she said: ...laughs and women with red lipstick
she said: you in the morning, me in the evening
I said: morning... a terrace, spring, wearing his shirt
she said: no, it doesn't fit
I said: yes it does
she said: shut up! my story's better
she said: it doesn't work, this is music you can dance too, it's not for mornings and terraces
I said: it works, it's a bit chilling, like... enjoying life... and sun
she said: with a hint of sexuality?
I said: yeah
she said: ok then, it works

And there you have it, the song's review. I hope you like it.