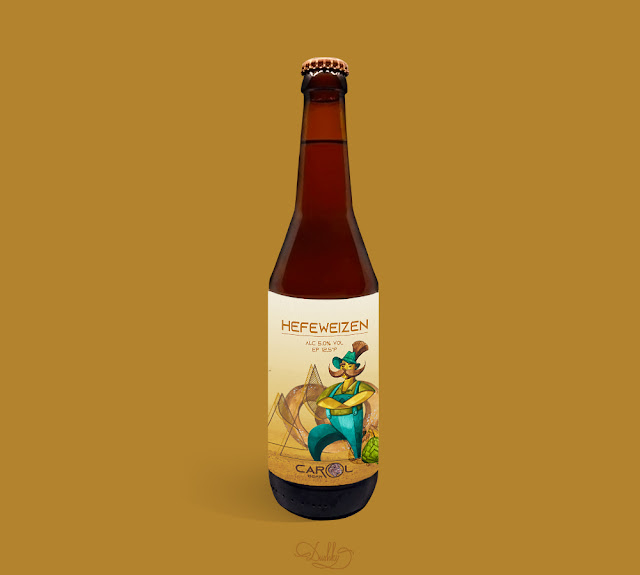 I'll admit, I like labelling things. Not people, things. Even though I do that sometimes (almost always) with people I mean, I psycho-analyse the hell out of everyone, let's just call that a professional flaw.  Or a curiosity. Anyway, back to labelling: yes, I am very organised in general, so I must know where everything is (that's why I like not keeping a lot of stuff anymore, too much work on my brain). And, as it turns out, I'm also into label-making as well. Artistically speaking.

As many of you may know by now, I started doing this for Bereta Beer a while ago, and if by any chance you missed that, here's a link for your pleasure. But this past year, I also had the wonderful opportunity to remake and create a few labels for Carol Beer as well. They are also a local craft brewery and they wanted something colourful and fun for a special batch of beers that they've made. We'll start with the first one I drew, the Hefeweizen. 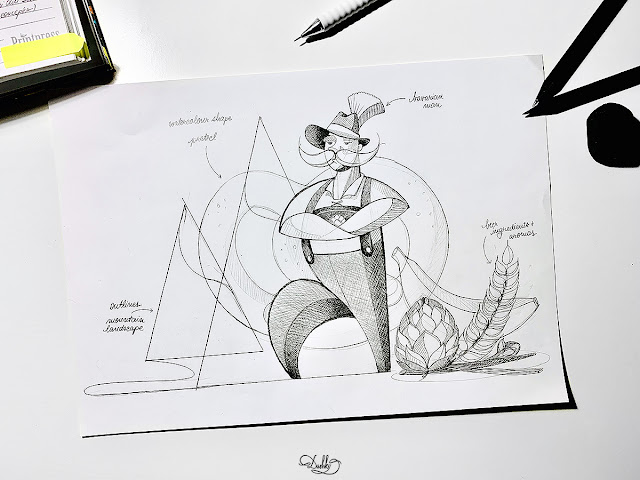 The idea behind the label was to create a character to represent them, and introduce him in a scenario that described that beer in particular. So you'll find Bavarian elements (because the type of beer and hops they used were German), some Romanian ones, to represent the brewers, and some elements for the ingredients used. Here's the label design (without all the info and text). Hope you like. 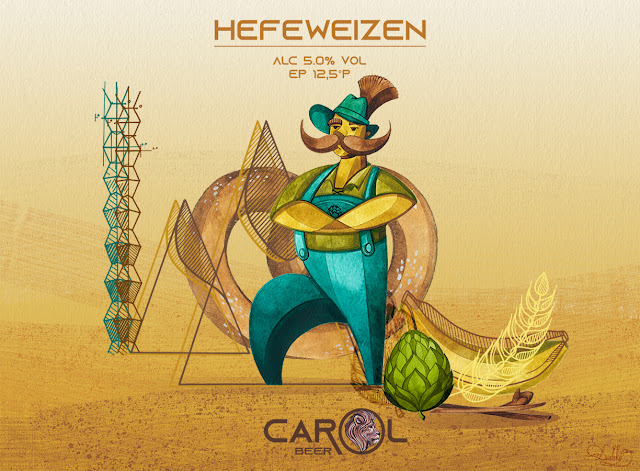 Oh, and here's another concept for this label, that didn't make the cut, but what I thought was a pretty nice sketch. 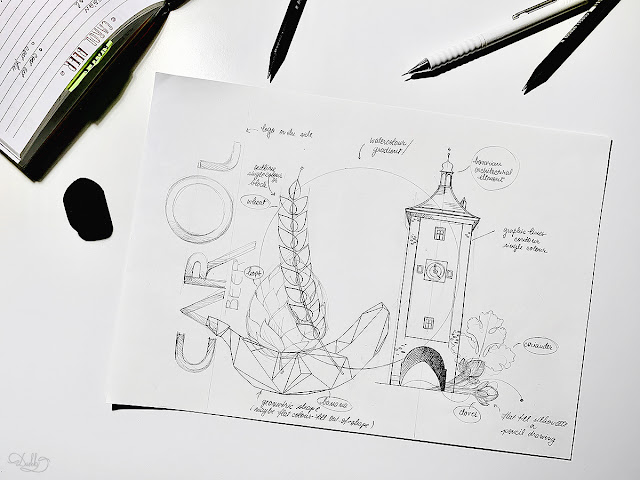