And so, with 2004 came high school, and this was the period where I started to learn and grow in fashion illustration. The major differences where in the way I drew my figures, because I was learning about human anatomy and taking croquis classes in school. 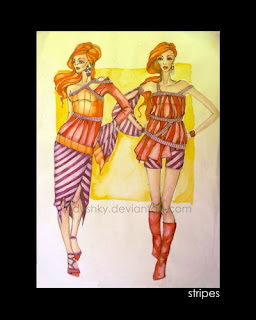 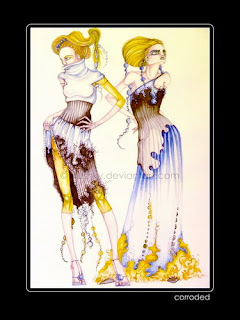 During the 10th grade (2004-2005) I experimented with fashion and painting, creating really heavy backgrounds, turning the sketches into fashion compositions. I later discovered it helped me with my shaping and my decorative style. 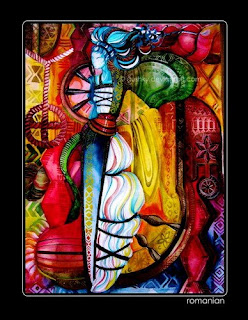 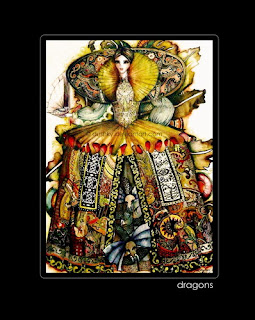 My last two years in high school were the ones in which I developed my obsession for details. The medium I used was always watercolor (and I'm still faithful to it) but I was combining it with pastel chalks, colored crayons, B pencils, markers, pens etc. In fashion classes I was studying the fashion history so each composition was based on a different era or country. 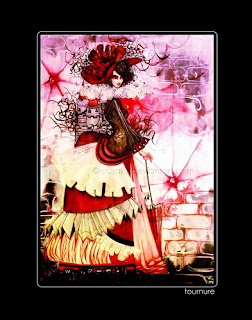 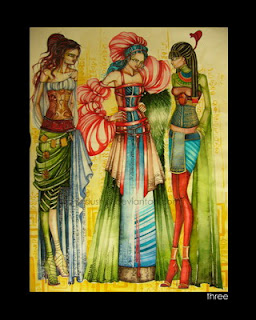 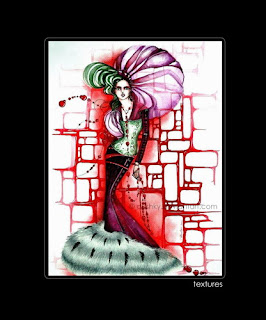 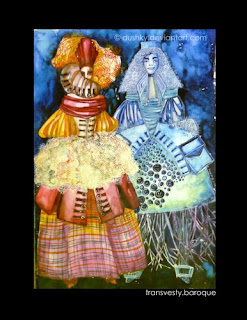 My last year in high school meant almost only my degree diploma. My theme was based around the sixties. I had to design a mini dress made out of paper and decorated in painting with elements from the sixties. It was an eclectic dress, I was spinning around cowboys but in the end there were all sort of elements in the dress design. I also had to make some 3D shapes come out of the dress so I made a cardboard hat on the lower part of the dress, positioned on her hip and making it look like it was sitting on top of a cowboy's head. I also had to design the hat which had to be a bit futuristic and also made out of paper. My main color theme was the yellow-purple contrast. I also used the zipper because it first appeared on the public market in the sixties. Also used the Campbell's tomato soup, Coca-Cola, and different other brands, lots of smileys, peace signs, stars and so on. 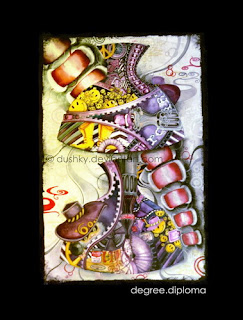 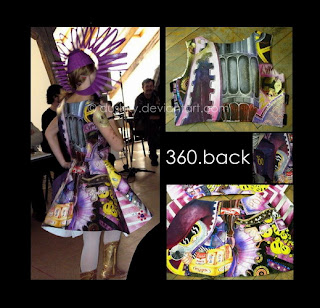 After this, I got into college. I was so proud to be a fashion college student but of course I had my hopes really high and got a bit disappointed over the years. I thought I was going to learn more about fashion, and I did, the more technical part of it, but the creativity was getting lost on the way. And so my sketches became more and more simple, technical and colorless. Instead of working hours and days on one big piece I had to make hundreds and fast. Quantity was never my friend. And still somehow I managed to finish them in time. 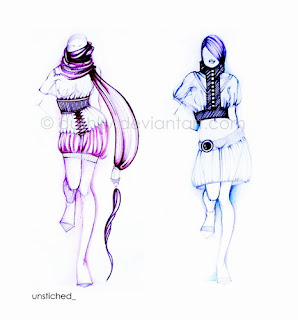 As time passed, I grew as a person (and I hope as an artist) and learned how to combine the technical sketches with my old detailed fashion compositions and so developed my own style. I understand now that I have to know both technical and creative parts of the fashion illustration for better materialization. And so, now when I'm drawing a fashion sketch I have in mind how it can look good on paper but also in fabric. 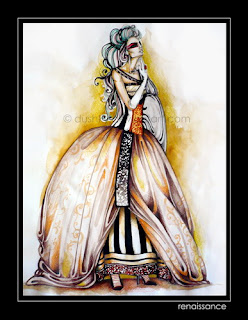 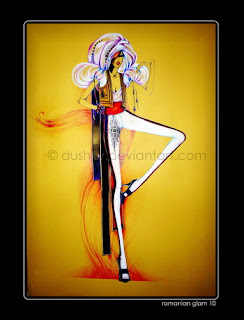 Today I'm in my 3rd and final year of college and I'm preparing for my university degree where I have to create a collection of 12 pieces (designed and sewed) for the following season. The theme was my choice, and all I can say for now is that it will be very colorful. On July the fashion show will take place, so everyone is invited.
After all this ends, I think I'll get my masters degree. And then, I hope I'll still continue doing this, as a job, as my passion, as something big and new. Wish me luck! I'll get back to work...