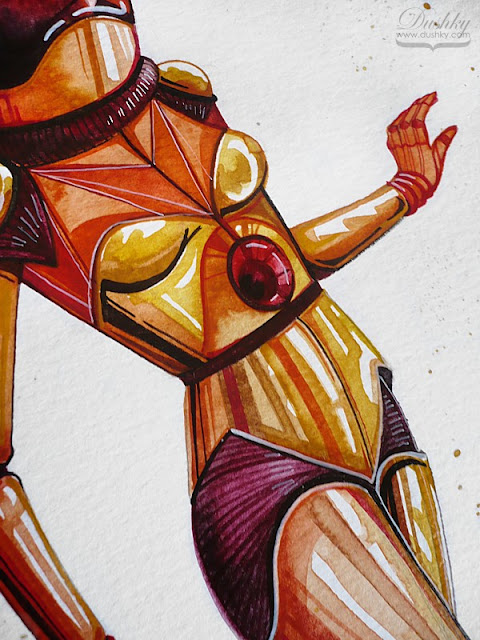 Kicking off this week with another costume design for ARZ. The concept behind it still revolves around the idea of futuristic armour, but I thought that many years from now, most battles won't be on land, so I designed something for space as well. 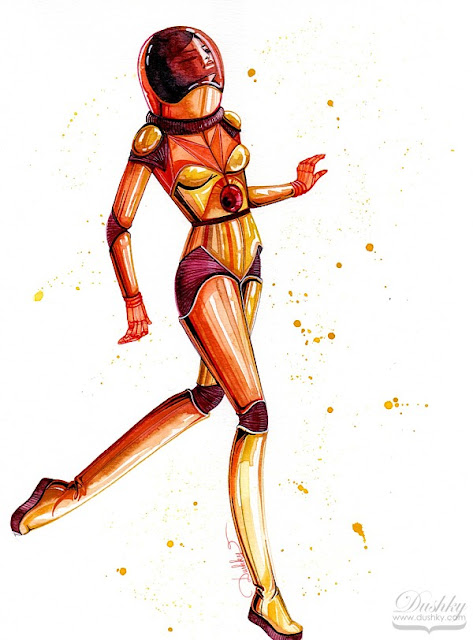 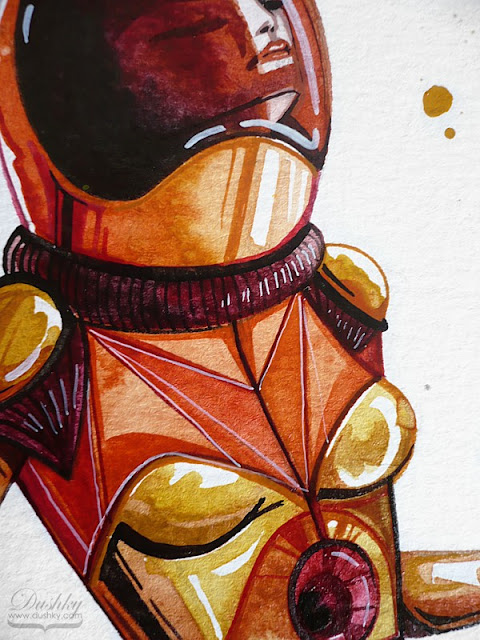 This costume was intended for women soldiers, or scientists and again, as with the male costume I had to incorporate the central power source into the design. With the colour palette I wanted to go a bit further from the typical army colours, or the white spacesuit, so I had in mind the orange NASA spacesuits and a bit of a copper metal feel. The more I look at it the more it reminds me of C-3PO from Star Wars, probably a bit sexier. 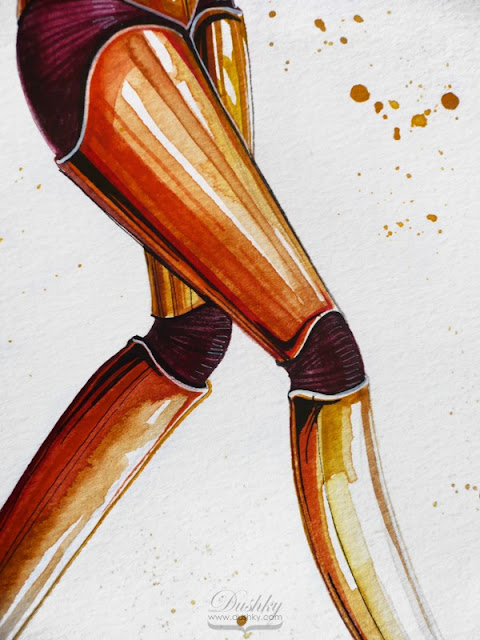 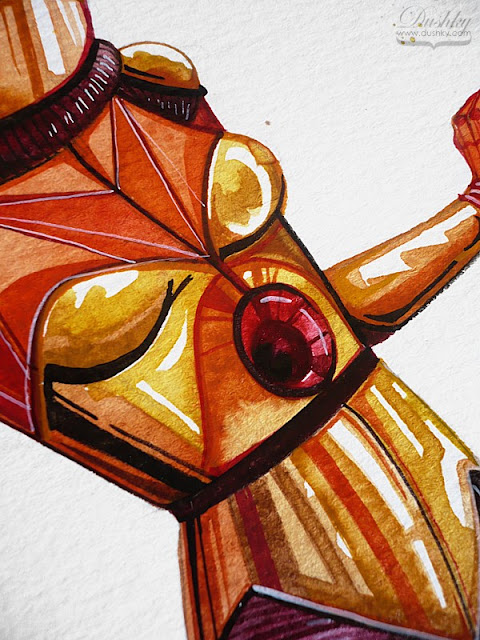