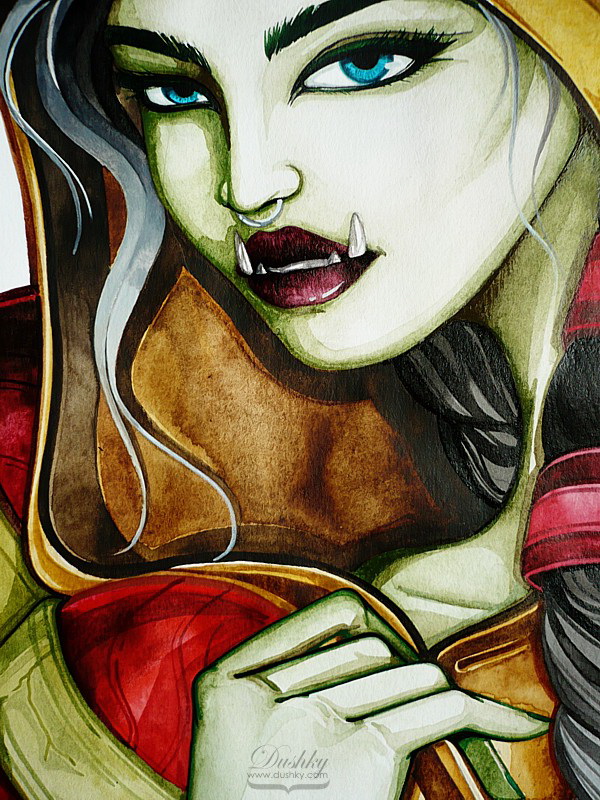 This illustration is part of a big project I've been working on lately and was super excited to share with you: my Game Girls series for Corphack. I've explained the concept in this previous post, so I'll get right into the story for this first character. 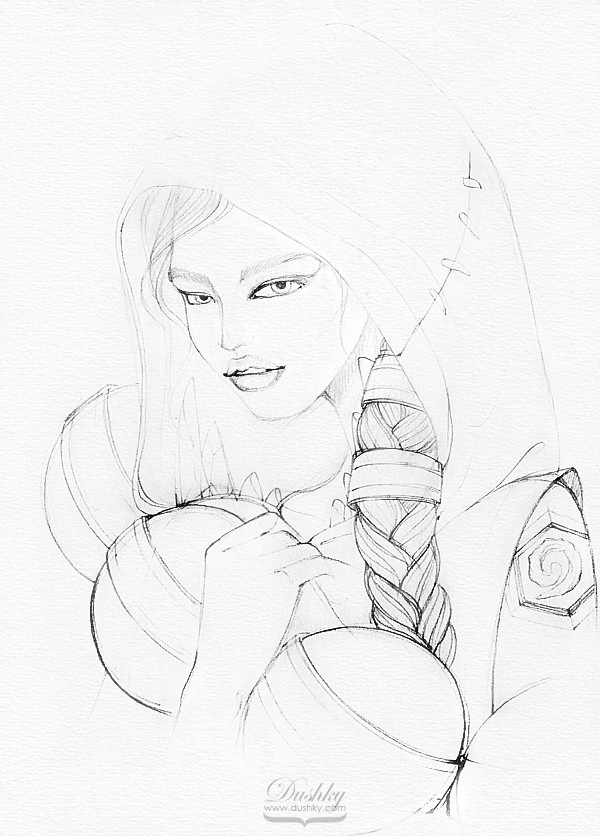 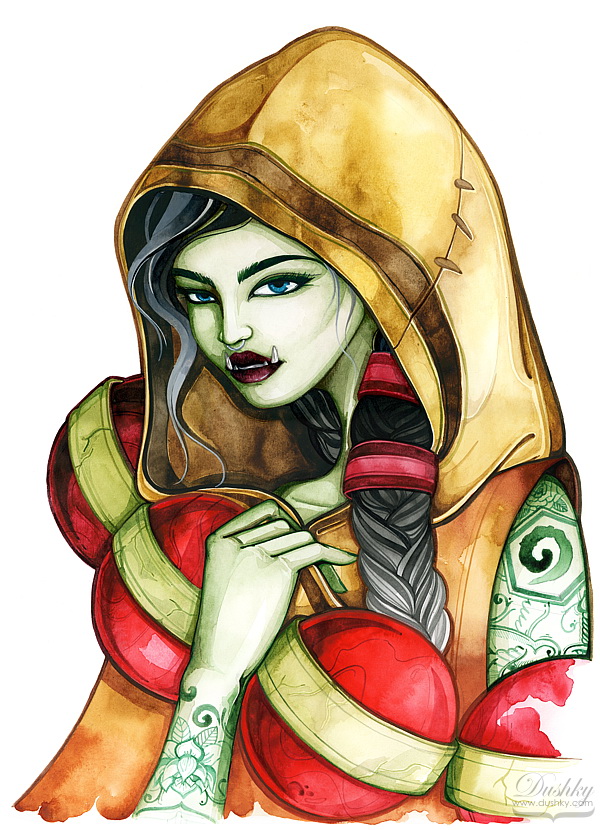 One of the games from the event was Hearthstone and the character we chose to represent it was the Shaman Thrall. He is a very manly creature, but the orc-girl idea was nothing I invented. Along the way, I had some difficulties on how to incorporate the definitive features onto my Girls' style. Besides the specific costume, I wanted to keep the green skin and the braids, but the fangs were a bit tricky, after moving them around as part of the costume itself, I've finally decided to leave them where they belonged. In the end, she looks pretty fierce and mystical. 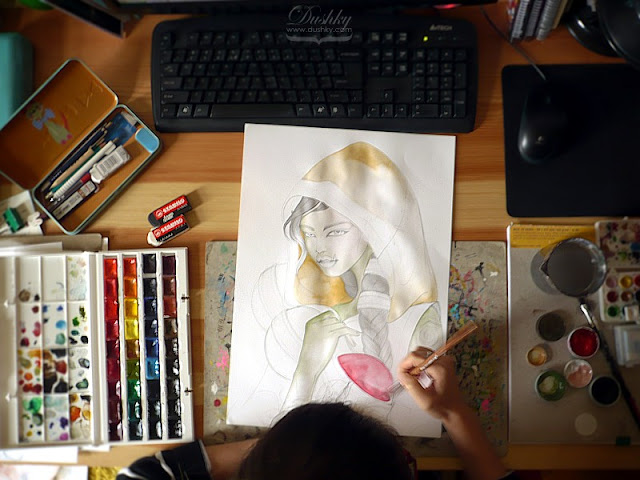 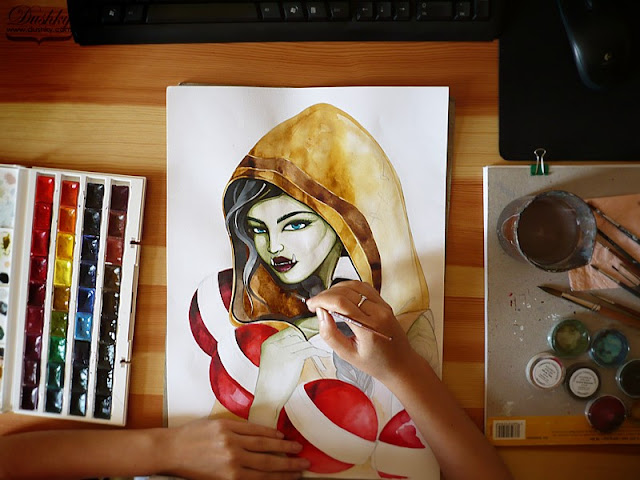 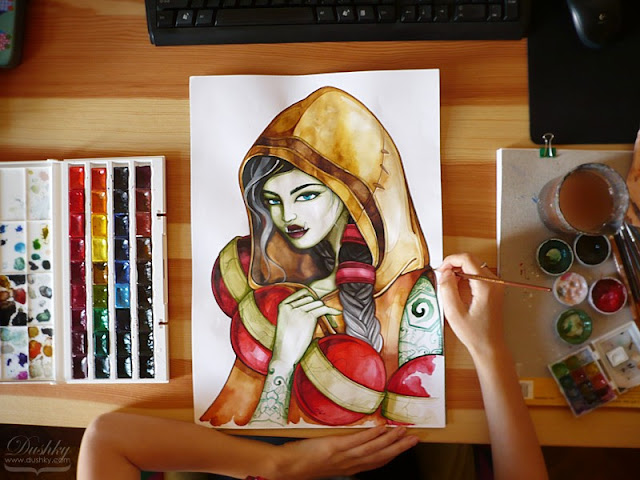 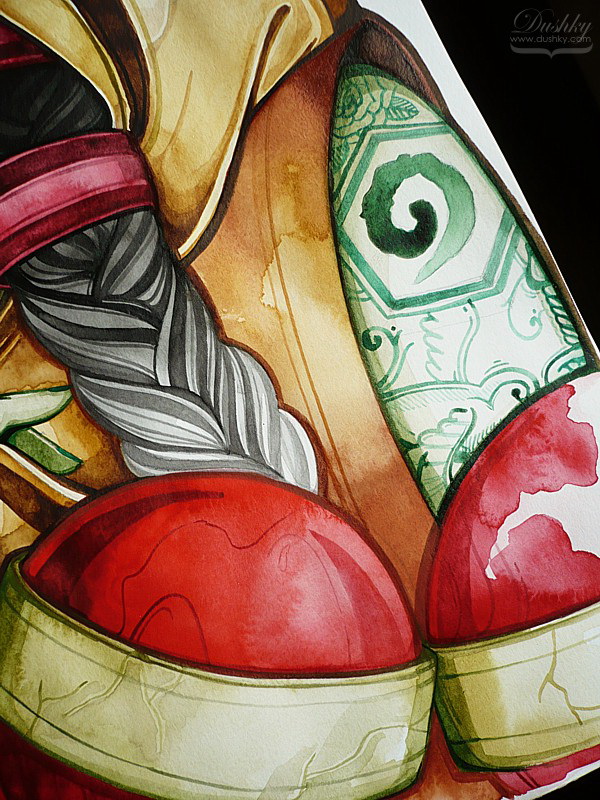