Continuing my journey to fill my small blog's pages. 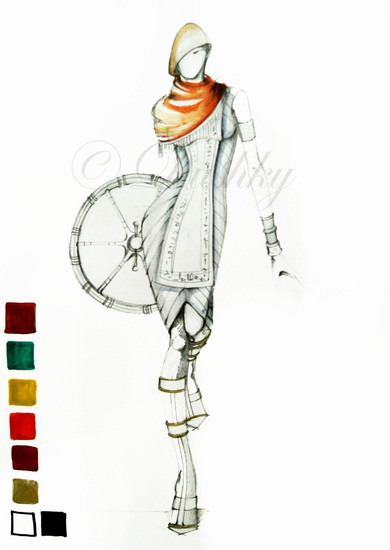 The story behind these pieces of paper dates thousands of years ago. I designed these back in 2007 if I remember correctly, somewhere in my first or second year of college. The main idea for this collection was "the military costume" and we each had to pick an era or a country for the costume inspiration. I picked Ancient Egypt (for it is my favorite era) and the costume I picked was actually the military costume for horses. The first drawing has the military horse costume redesigned for a human being with the elements rearranged and redesigned for other purposes. 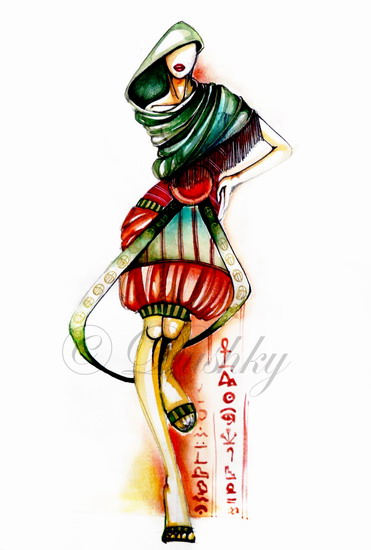 After that came the "reference sketches" in which I played with the costume's elements and other, creating different designs and making them a bit more modern. The squares indicate the colours that would match the outfit. Colouring the sketches was an easy task, and fast at the same time. Just dip the paint brush into water and then into the watercolour; then just follow the drawing's lines, the volumes and shapes of the clothes making some slight shadings. This type of colouring is more for emphasizing not for the accuracy of the figure. 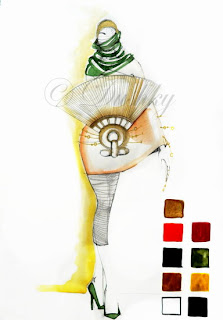 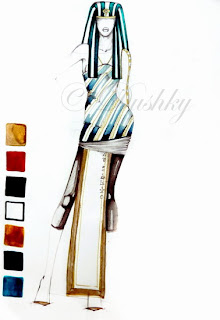 
Based on those sketches (I won't post all of them because they were too many and I didn't think they were all very good) I started to create the collections. One had to be pret-a-porter (en. ready-to-wear) and one haute-couture (en. high-class). For these sketches I used watercolour as a base colour and also for some main shading, and for the detail shading, pastel chalk and coloured crayons. For the fine lines, ball pen and gel markers. In some areas I used gold an copper paint (in the first two for example, the lines in the tops are actually golden). Another fast way for drawing fashion sketches, for exercise or not, is to create some figures, "body templates", photocopy them and draw the designs on top (that's why, in some of my collections, the ones that had to have so many sketches, some of my figures have the same positions). It's a fast and practical way, but I suggest to always look for new poses and improvements to your croquis lines. 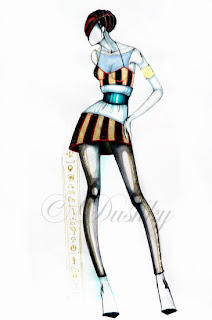 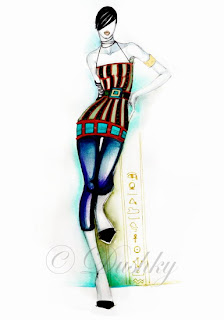 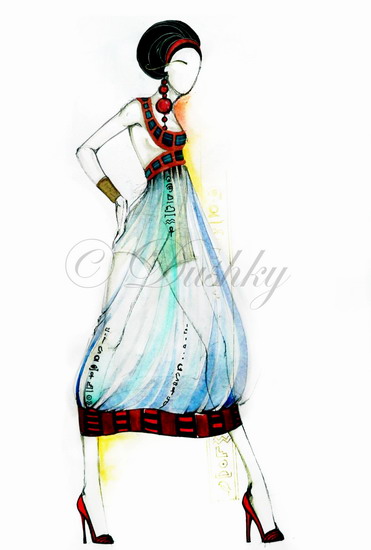 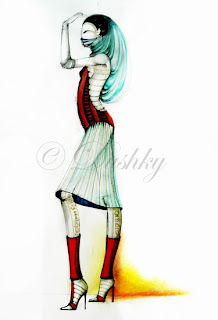 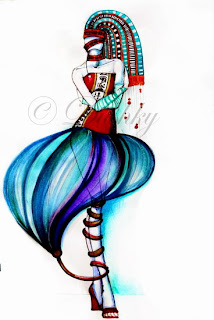 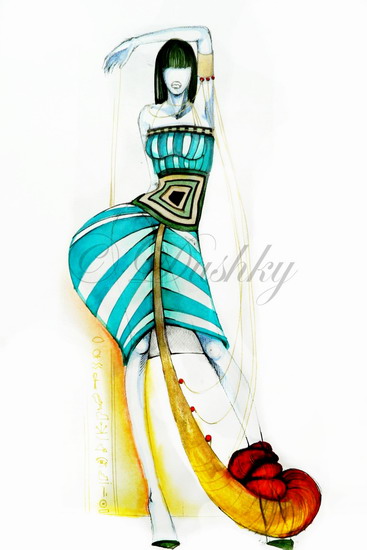 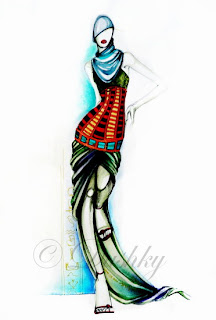 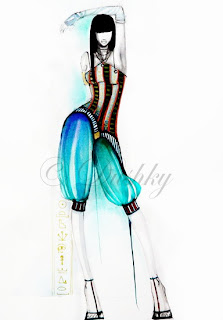 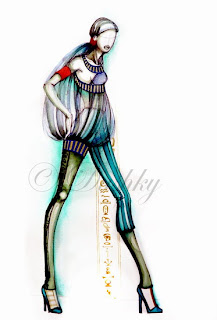 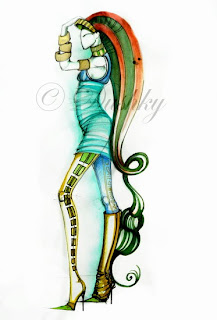 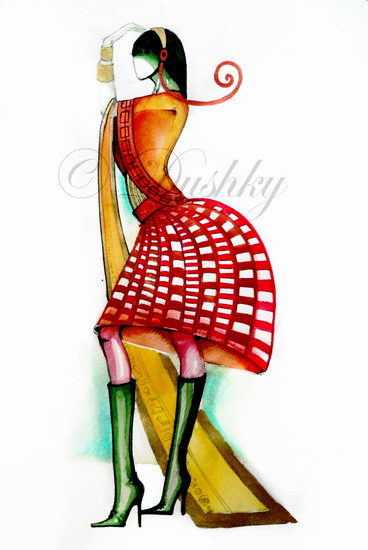 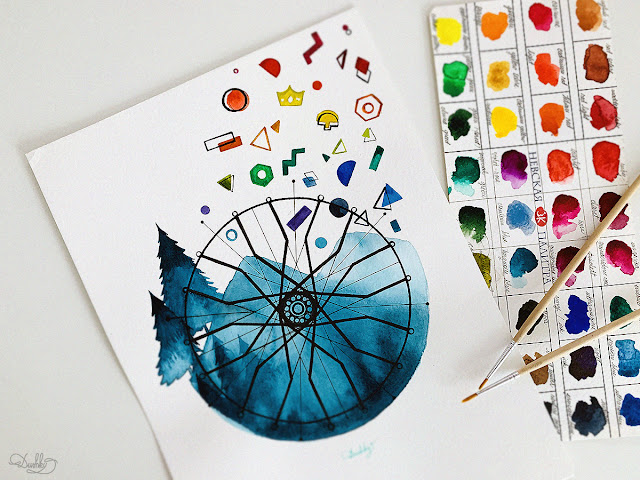