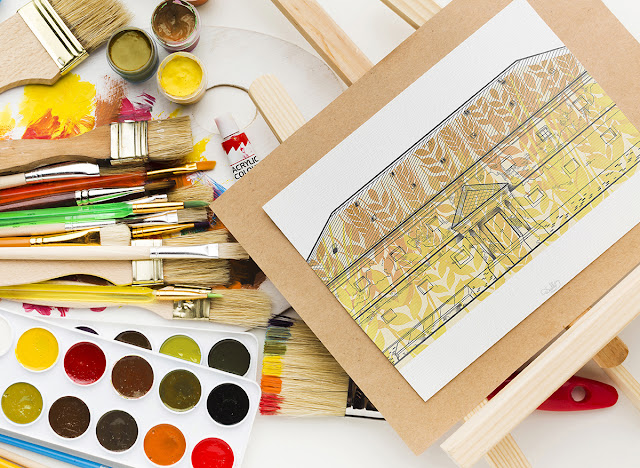 And just when you thought my architectural drawing days were over, I pull out one more card from my sleeve. Actually, I have several more cards, but that's a story for another day. Today's project is in collaboration with Ambulanta Pentru Monumente, or APM for short, a project dedicated to saving monuments and historical buildings from around the country that were left in ruins. We partnered up in creating a postcard illustration that they could later use in their fundraising campaigns. 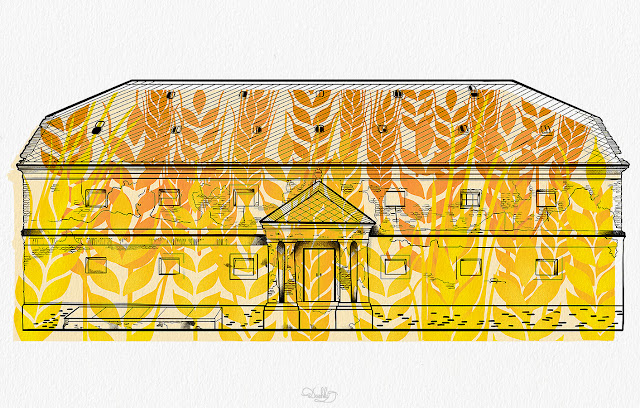 Now I know other posts may have come before this, where I keep talking about my experiments with the digital realm, also I've had a lot of firsts along the way, but this time though, I can say this was the first architectural illustration that I drew digitally. The latest HoT ones followed. I just discovered it was much easier for me to trace buildings digitally than it was on paper and it saved me a lot of time measuring all the proportions, making sure they were all straight (which, to be honest, most of the time, they weren't... what can I say? I'm not a trained architect, we were actually forbidden to draw with rulers in school, some teachers said it took away our creativity... is this a long sidenote, or what?). 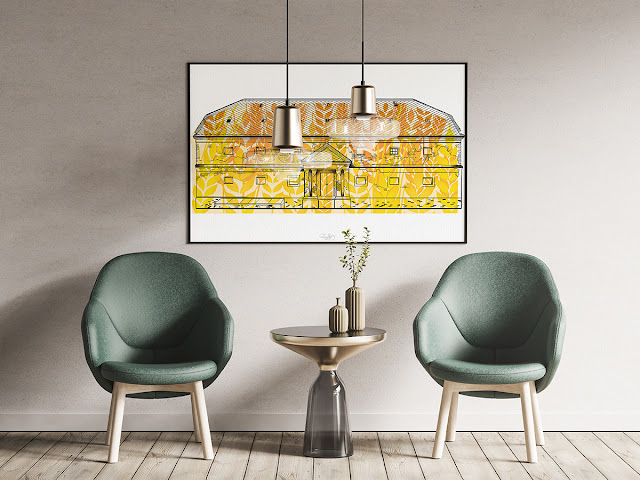 The house they chose for me was an old cereal warehouse that they were working on restoring, in Giera (that's near Timisoara, in the Banat region). That's why, in the illustration, you'll see in the colouring a lot of grain silhouettes, I just thought I would be very descriptive for the structure itself, especially for those who don't know the building at all. Overall, I'm pretty pleased with the result. I know I may say that about a lot of my projects, but I do really enjoy working on each and new challenge, so I try to give my best at all times. 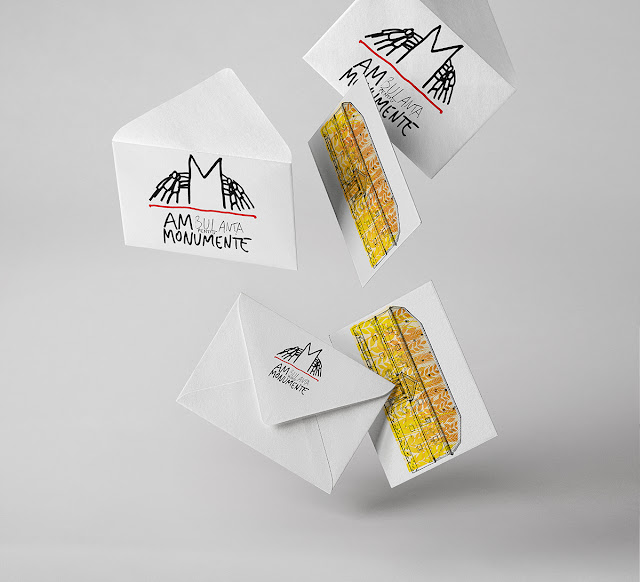