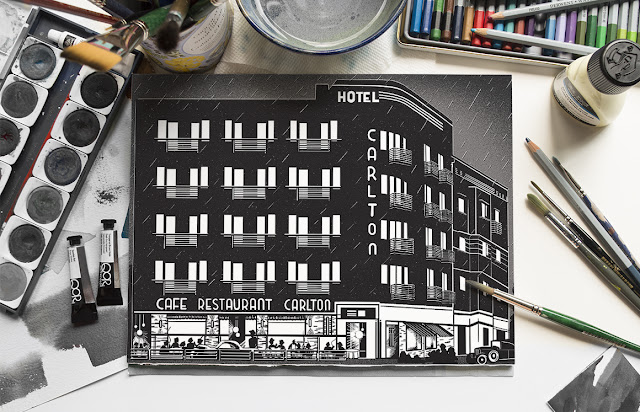 Last year (I think I might just start every post like this from now on), I've had the honour to be part, once again, of the Heritage of Timisoara project. They've made a special edition this past year, in which they paid tribute to the Architects of Timisoara. Our challenge (as in the illustrators') was to pick two favourite architects and a house for each, one that was not previously illustrated. It was not that hard, we had a list. My choices were fairly easy though. When I saw the list I immediately knew what I wanted to illustrate, because both of them had somewhat of a meaning for me.

My first choice was the Carlton Hotel (also known locally as Cina Banatul) designed by Albert Kristof-Krausz (who is also the one that did the project for another house I illustrated, in the very first edition of the HoT project, the Kohn House). I had a soft spot for this hotel ever since I was very young, I visited a friend there once for dinner and I remember my father telling me stories about the building and its history. While I was growing up, it closed up, left empty for a while, but now, hopefully, it will be restored to its former glory. 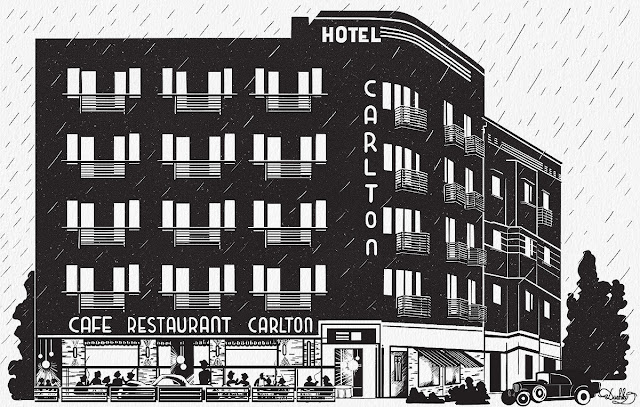 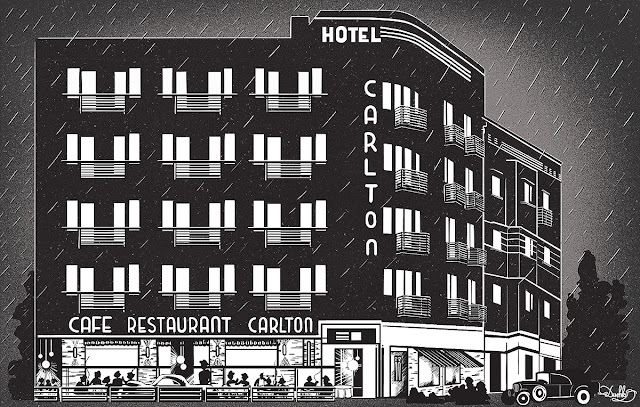 For this project, I wanted to "portray" the building as it was back in the day when the city was vibrant, when people were elegant, when going out was an event (that kind of applies today as well) and everything was just a bit more classy. And I also had a photo of the hotel, from that era, shot in the night, and I absolutely fell in love with it. And while I was working on this idea, the style of the roaring '20s and vibrant '30s made me think of those noir comicbooks and films from the era, and that was it, I set a movie theme for this year's illustrations. Therefore the Carlton Hotel illustration, if you haven't guessed it already, has a very Sin City feel to it. And it's probably one of my top favourites, that I did, for this project. And I also drew it digitally, the past illustrations were all done by hand and while I still think that is more precious, drawing architecture digitally, really saved me a lot of time that I would have spent measuring everything. 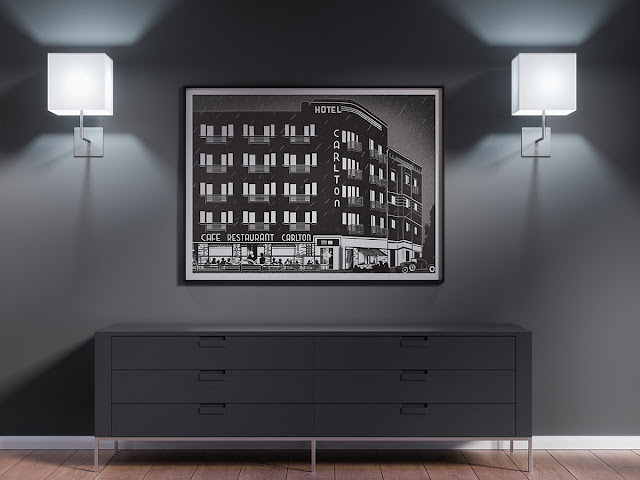 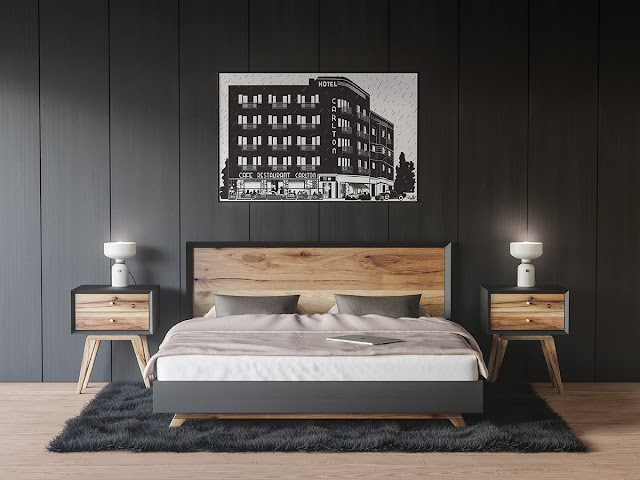