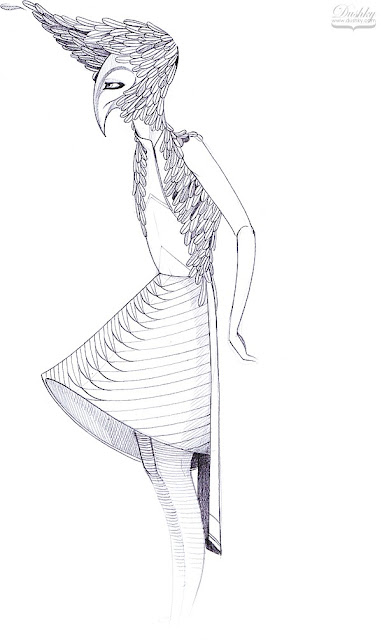 Once more, the ARZ challenged me to design some costumes for people out of this world. Remember when I drew some illustrations for a humanoid species called the Ashvrin (1, 2, 3)? Well, now I had to create and develop not just costumes, but the species itself, and I kind of like this concept and journey of designing from the core up. 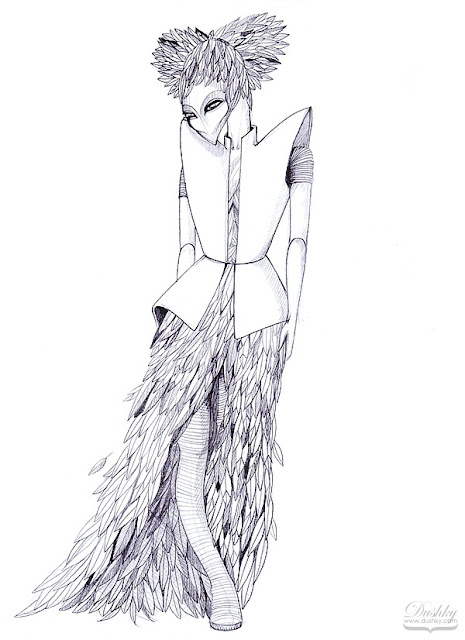 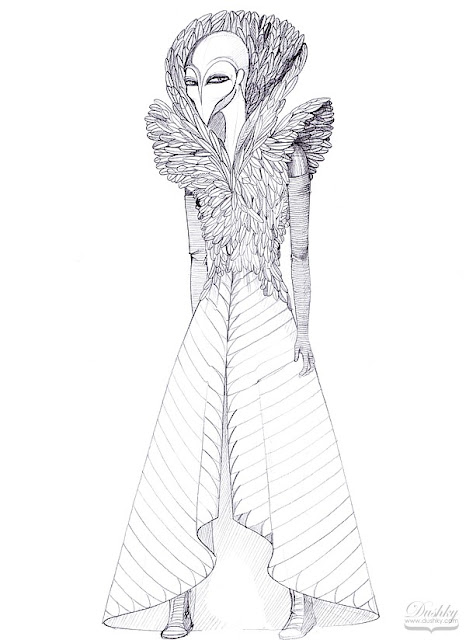 This time, the species of humanoids were an avian one, meaning they have bird-like features and they are called the Quillians. Just like some birds, males are more flamboyant and graceful, whereas females are more tough and practical. So quite the opposite, when it comes to shape, of what you would normally think about a man and a woman. Here, the males are high-class and have ruling positions in society, while females are the working-class and providers 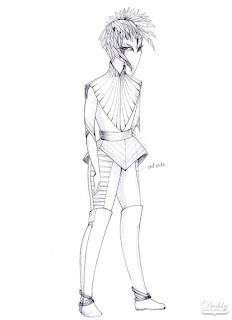 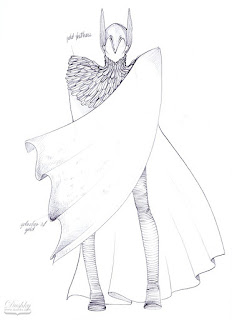 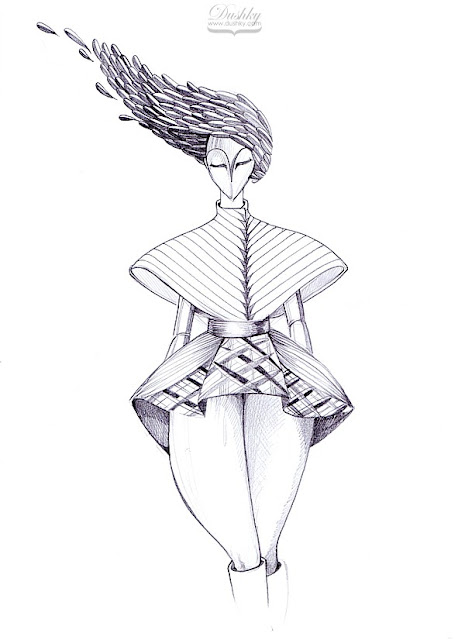 Body-type wise, the quillians are somewhat medium height, with wide-hips, long arms and elongated necks. I wanted to emphasise that as much as I could, almost exaggerate it a bit and thought their face could be elongated as well, with the chin resembling a beak. We used some various types of birds in character development and also in the colour palette, with a multitude of colours for the males and neutral, dusty, earth tones for the females. 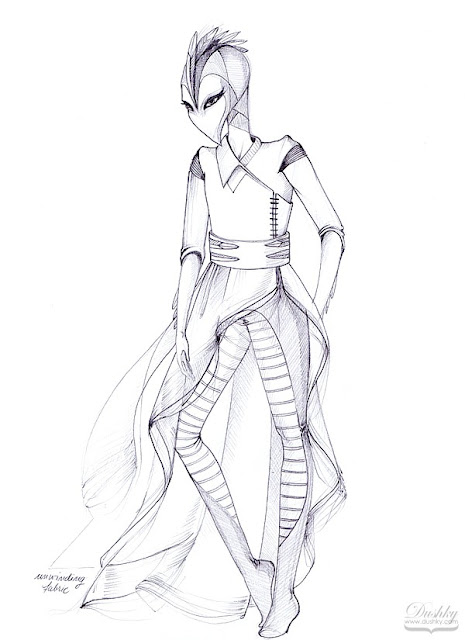 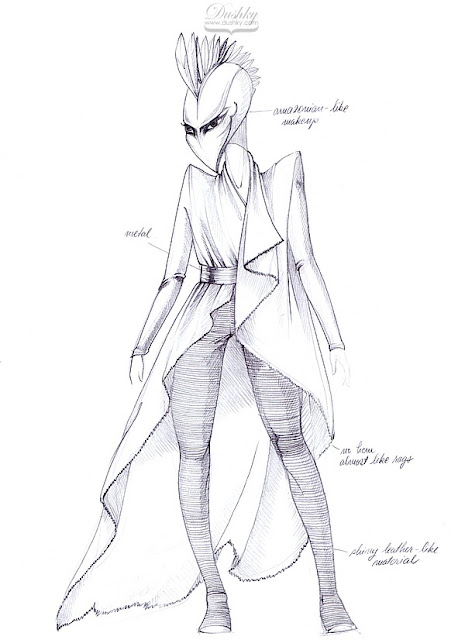 Can't wait to show you the coloured illustrations, can you guess with one of these sketches made the final cut? Meanwhile, you can check out my Instagram where I'll be posting more and more videos of drawing in action.