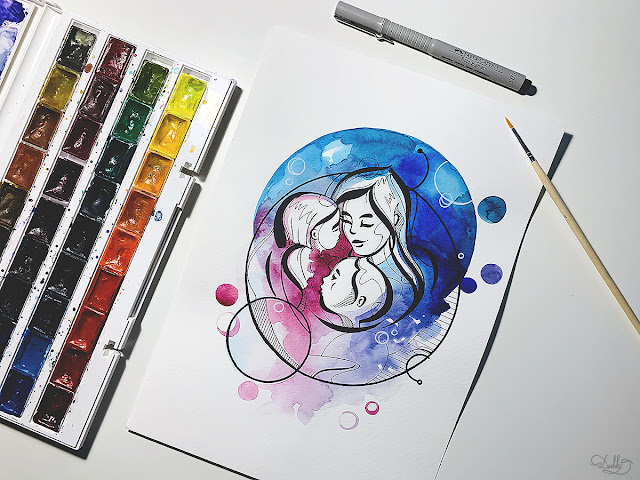 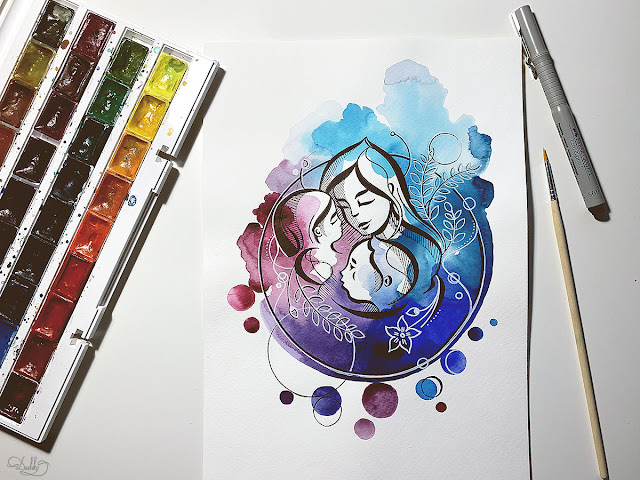 For a while, I got a lot of commissioned work for designing tattoos and a lot of people were asking me why I wasn't getting into tattooing myself. Well, I'm happy to announce that... no, I won't be doing that any time soon. I'll stick with illustration for now. But today's illustration is a tattoo design, the client wanted a cover-up actually. She had a simple linear tattoo representing her and her family, but she wanted to touch it up a bit, make the lines more defined and add a bit of colour as well. I gave her not one but two options, basically the same idea, but a bit of a different outcome. Here's the end result. I don't know exactly which one she chose to get done in the end, but I hope she was happy with it as much as I was. Which one do you like most? 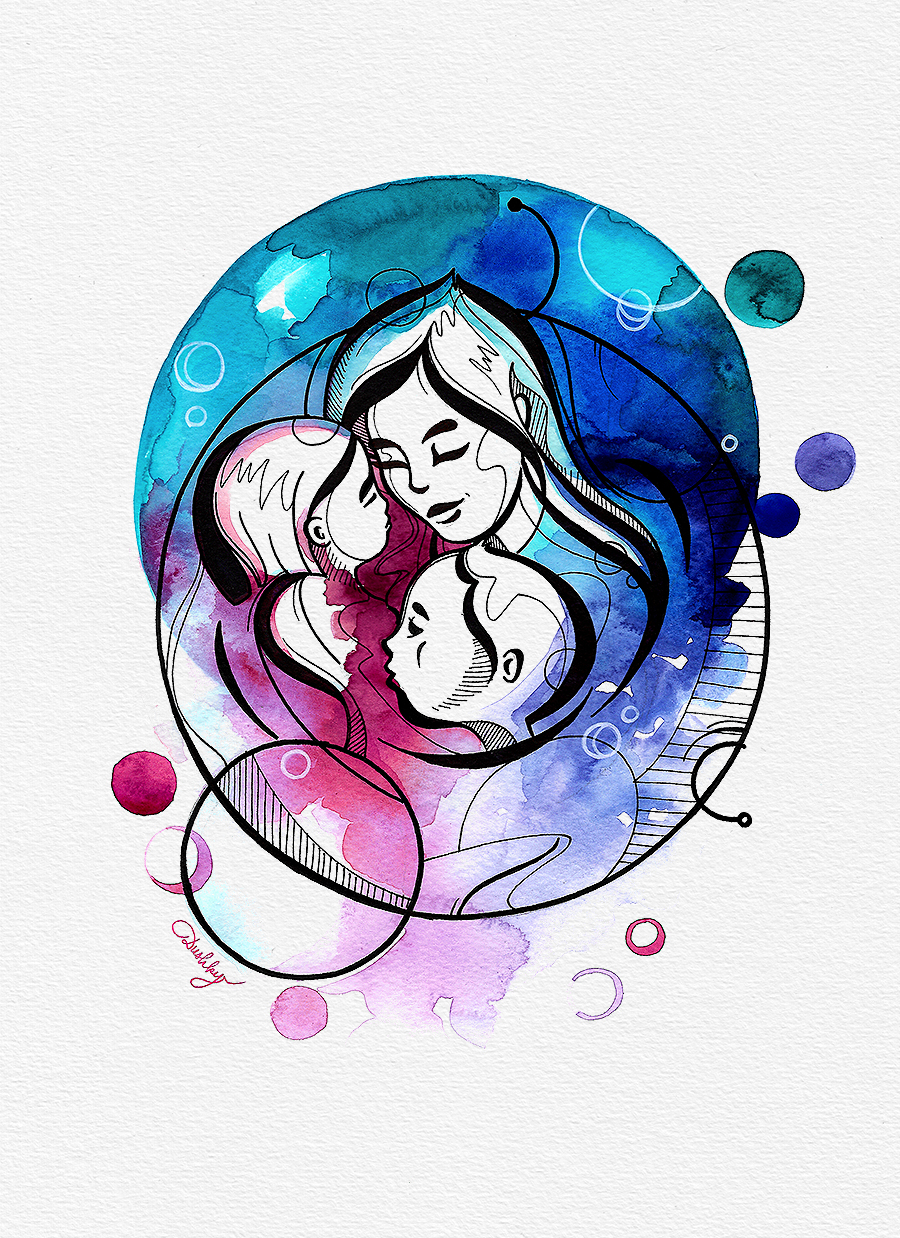 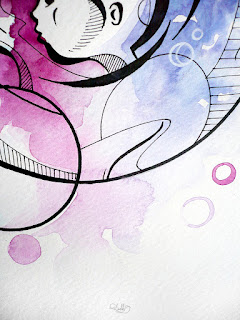 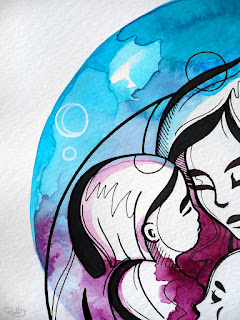 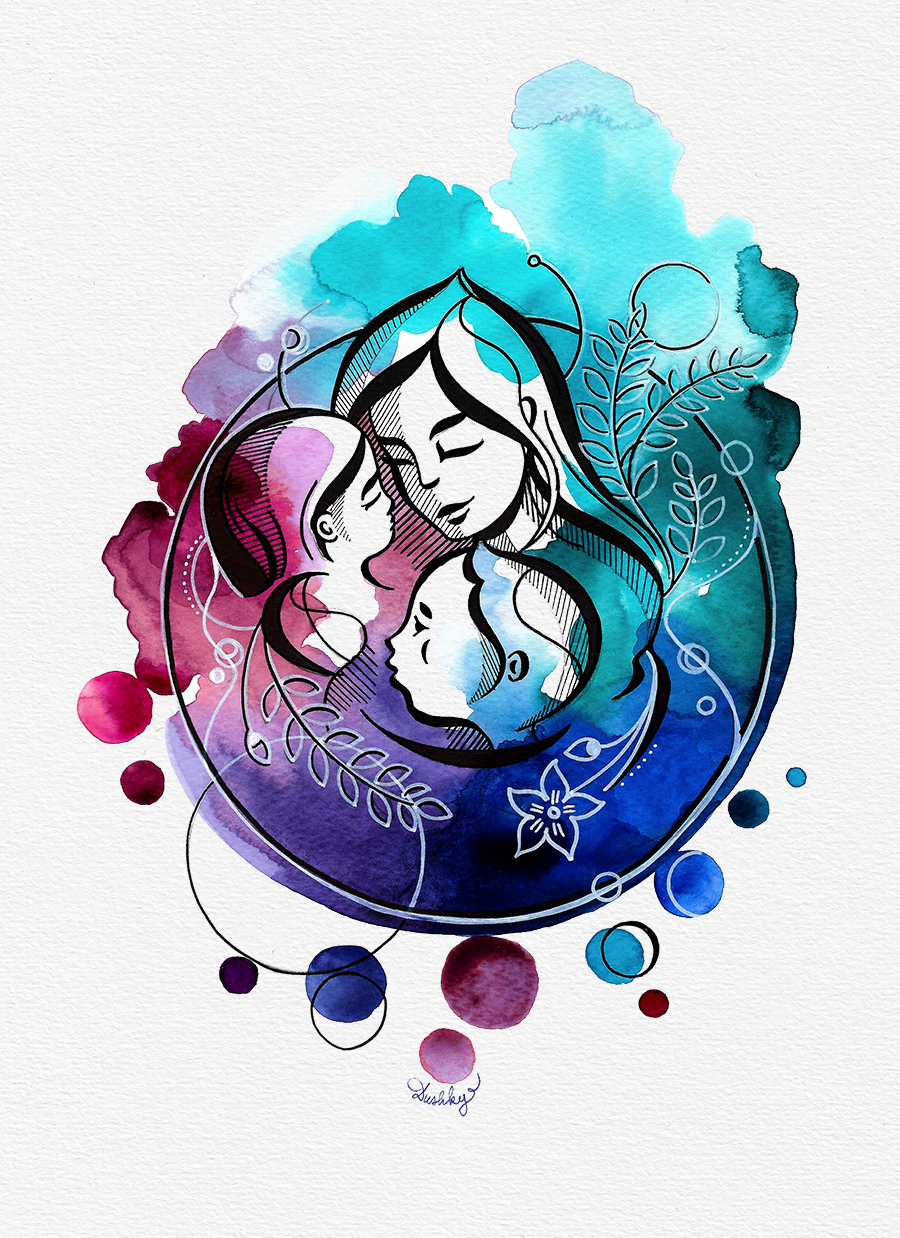 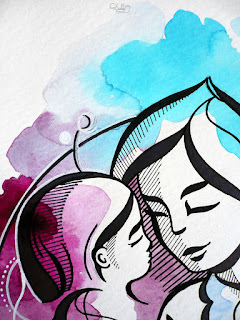 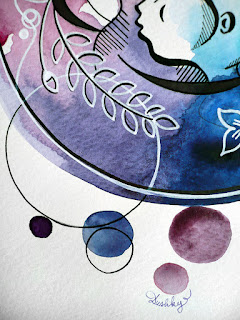