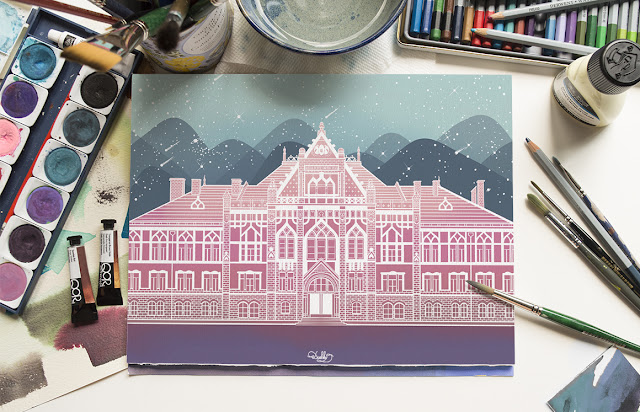 For the second choice, in the Heritage of Timisoara project, Architects edition, I chose a very famous house designed by Lipot Baumhorn. Well, it's not actually a house, but very much a school, The Carmen Sylva Highschool also known as the Pedagogic Highschool. The reason I chose this building, in particular, was very personal. Like I've mentioned previously in the Carlton Hotel post, both of these have some meaning or memories that are tied up with me. 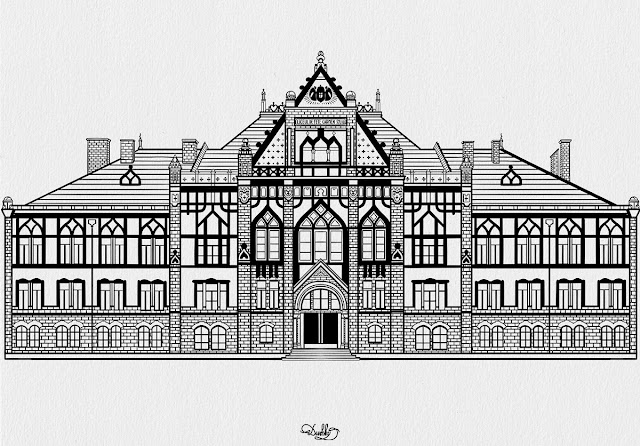 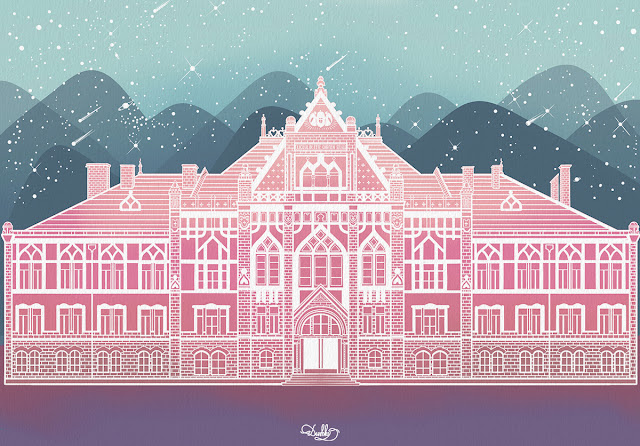 This one was the high school my sister studied at and being the little bookworm that I was, after my classes I went to sit in hers (our schools were not that far apart), I was still in grade school at this time. I mostly did that because I wanted us to go home together, but also because I loved the building itself. It reminded me of Hogwarts somehow. Also, sometimes, my sister would take me to the French Cultural Centre after classes, which was in another beautiful old building just across the street from her school, and we would listen to music on vinyl and I would get all these interactive or beautifully illustrated books that were in French and I wouldn't understand a word, but that's how I learned the language. I told you I was a bit of a nerd. Oh, and now that I remember, this building was one that I passed by every week, when I was even younger, in primary school, going to arts and crafts classes at the Children's Palace. I was tied up with this place even more than I could remember at first. 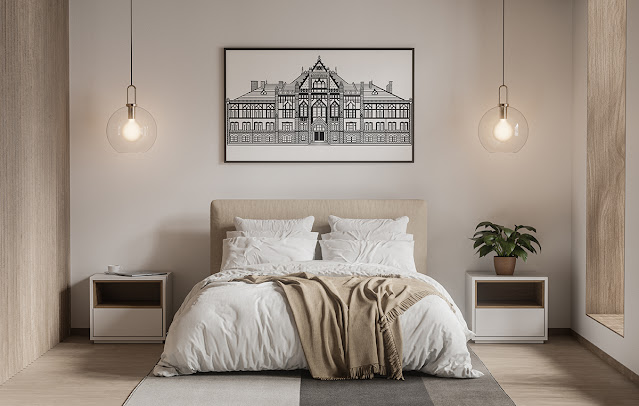 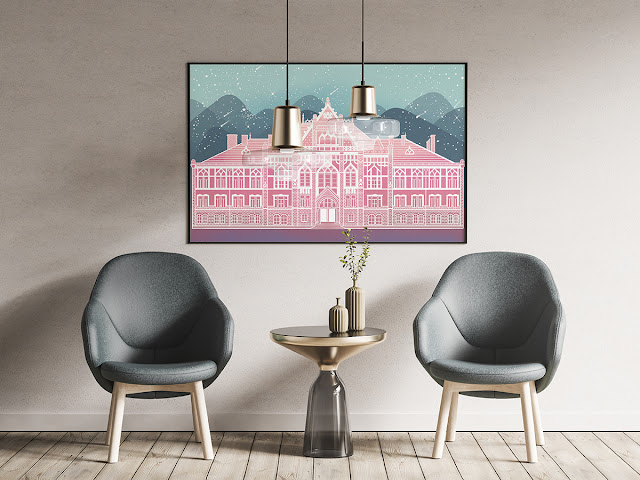 So, the theme was again inspired by the movies, and although, I really wanted to do a Harry Potter theme, with dragons and all sorts of magical things, the format, being a postcard one, was just too small for all the details I had in mind. So I drew inspiration from one of my favourite pieces of cinema and one of the most creative directors in my book: The Grand Budapest Hotel movie, directed by Wes Anderson. I thought his symmetric frames worked really great with the architectural symmetry of the Pedagogic building. And the colour scheme I went for is straight out of the poster. 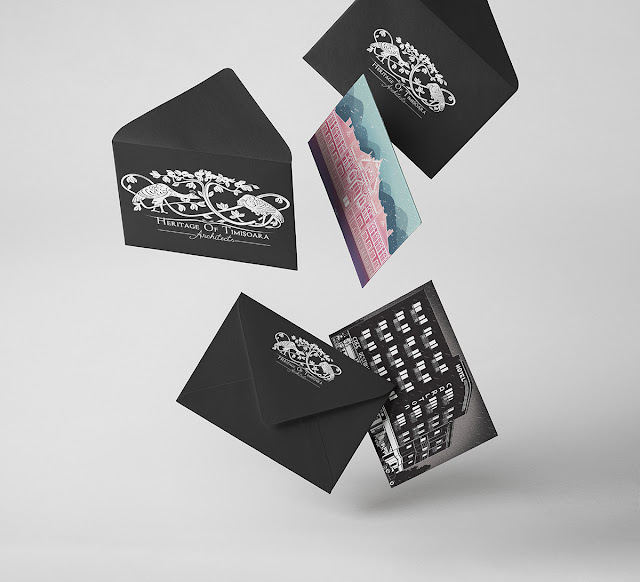