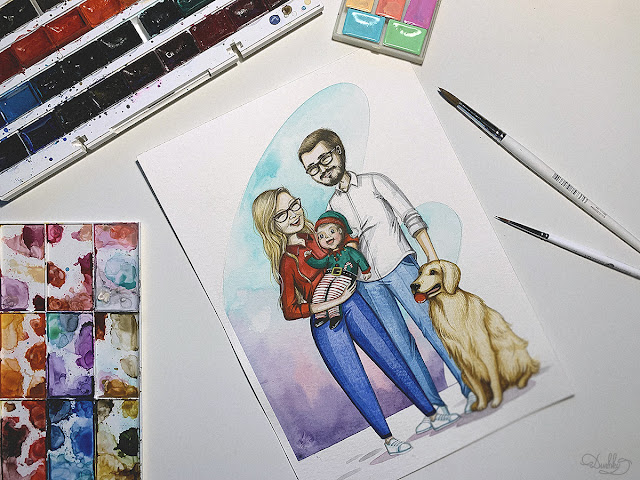 Hey, hey, it's that special time of the week, time for a new Different Kind of Portrait of the day, queue the theme song. Today's portrait would have made for a great post in the winter holiday season, which was probably around the time that I painted it. But at the beginning of summer works just as well, because soon enough we will complain about the heatwave and wish it was Christmas already. Anyway, why does this particular illustration so wintery you (don't) ask? Because it has a little elf in it. It will probably take you a second to see him, but he's there. He's like a little gift, which I think is fitting since that's what elves do for Santa all year long, don't they? The doggie is all kinds of cute as well. 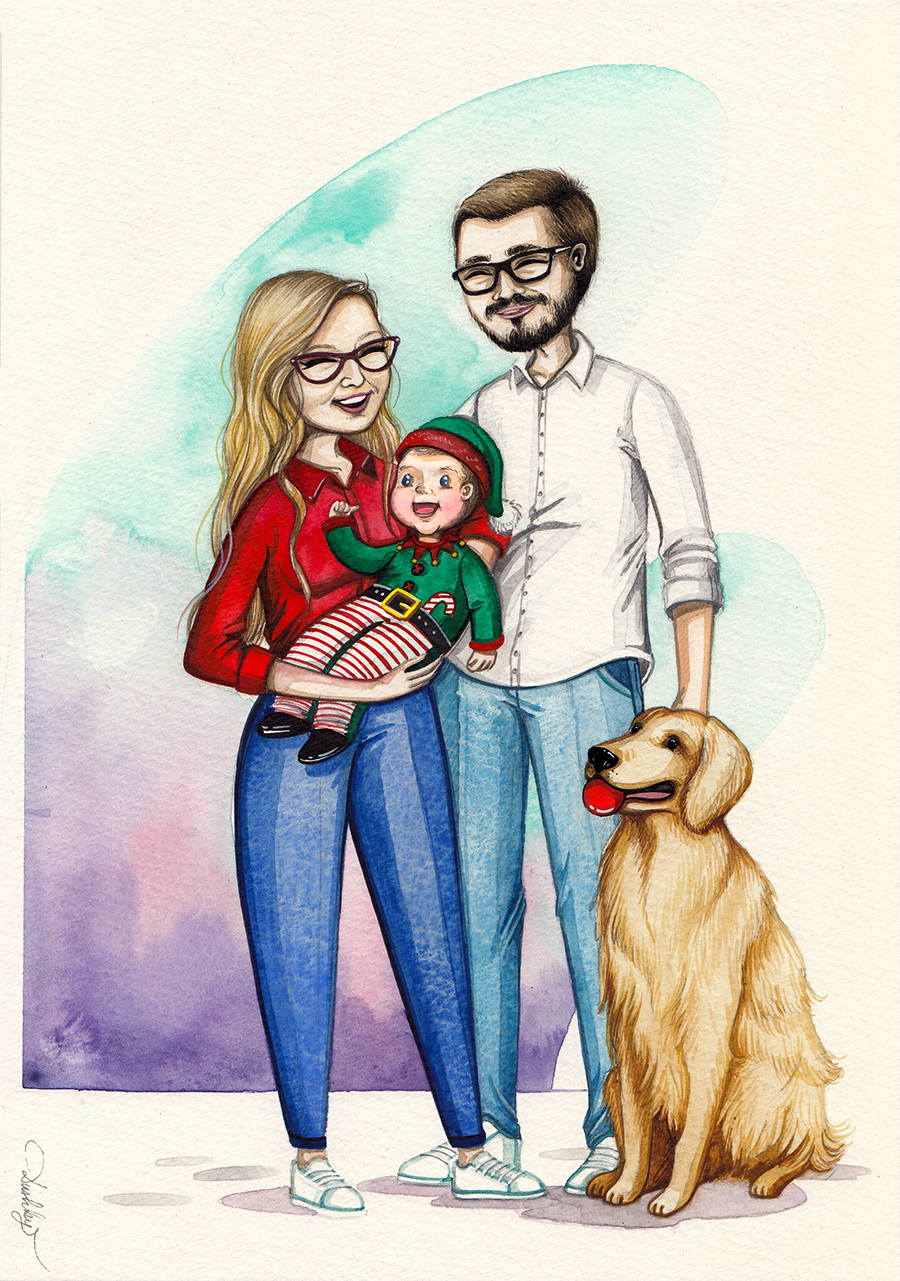 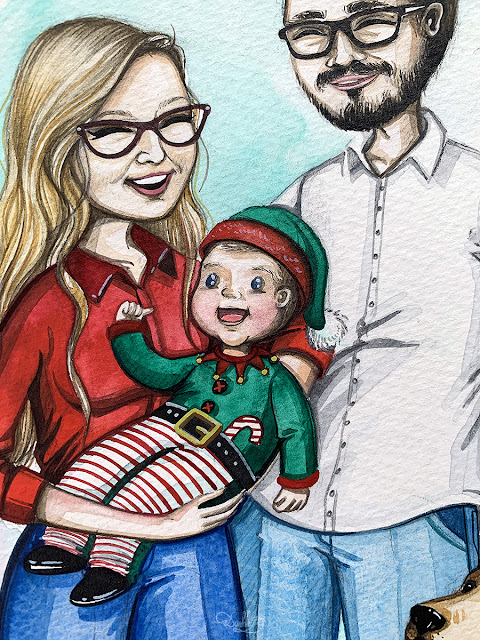 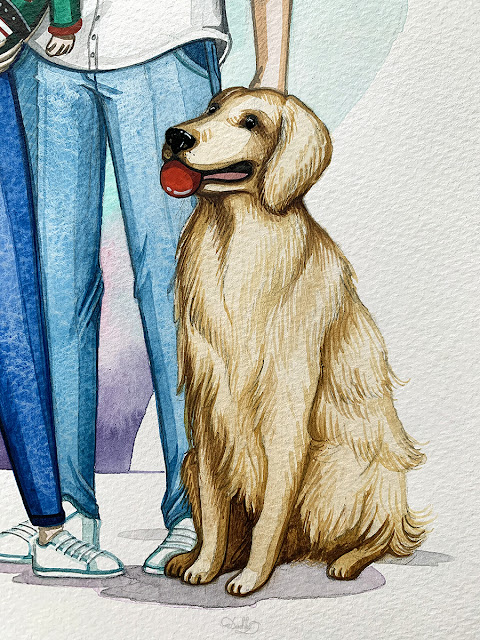