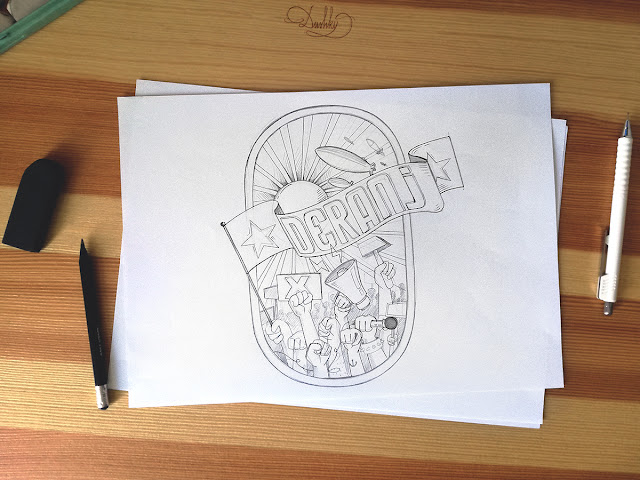 You probably know by now the artwork I've made for Bereta and their beer labels and comic strips. But I also worked on a similar project for Ground Zero, another local craft brewery. The concept is quite different from my Bereta style, but I always welcome a new challenge. The beer we worked on is called Deranj  and these are the very first few concepts.

For the first concept (above), my idea was tied with the name (Deranj meaning disorder, trouble, mess), and I was inspired by the '89 revolution, communist lettering and soviet union posters. The second concept (below) was inspired by the famous painting of the French revolution by Vernet, but I've changed the weapons to music instruments, keeping the "loud" leitmotif in mind. 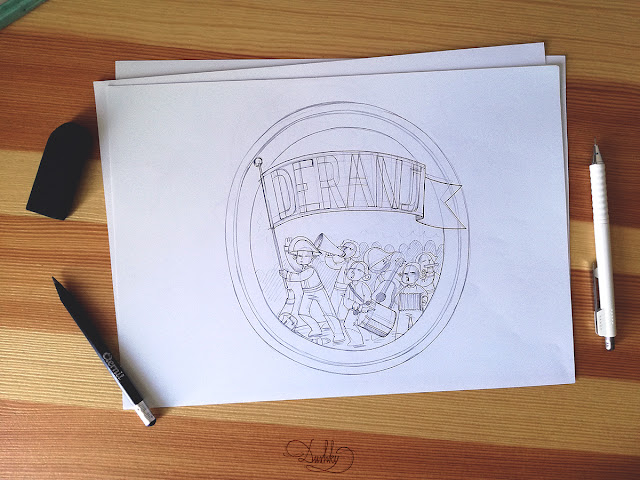 The other concepts were a reinterpretation of classic vintage beer labels with a modern twist. In the end one of those made the final cut, which I'll talk about in a future post. 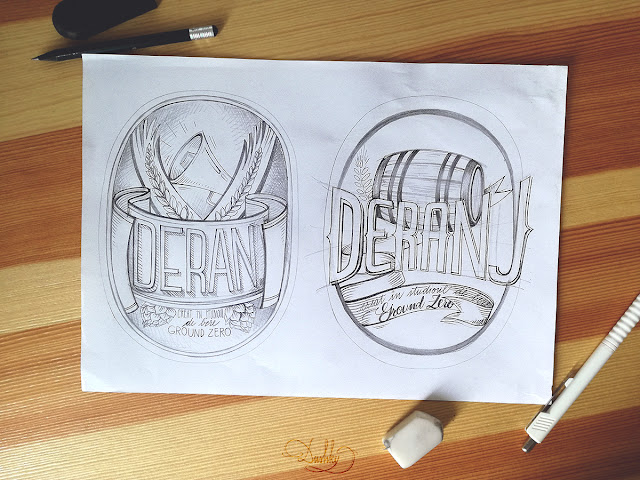 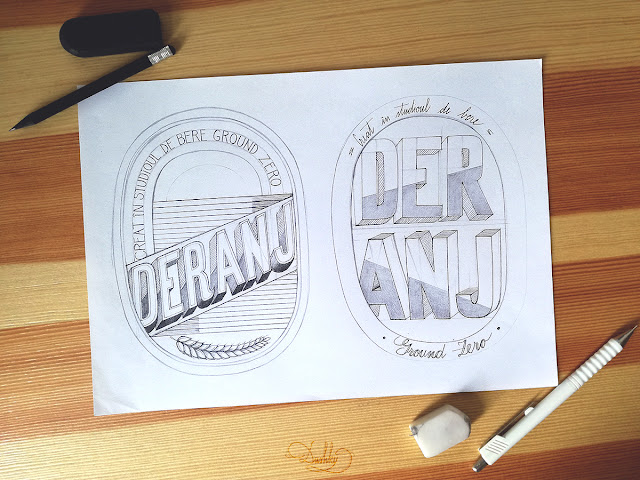