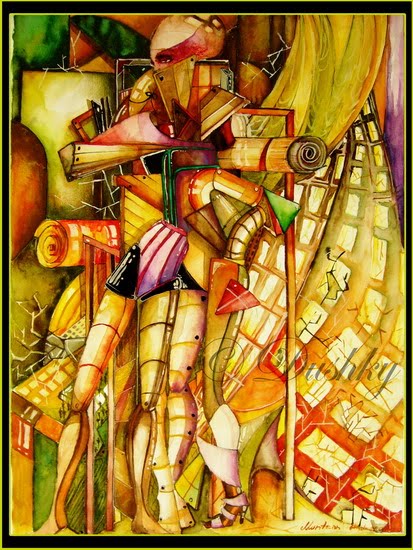 I think this is the most extreme example of my style defined by the mixture between fashion design and painting. The idea behind this composition is the transposition of a surrealist painting onto a human figure, dressing it with the painting itself. The theme was very creative, most certainly not wearable but about the ability of creating a sculptural piece.
The paintings that I used here are Chirico's Hector and Andromache and Boccioni's The Street Enters the House. 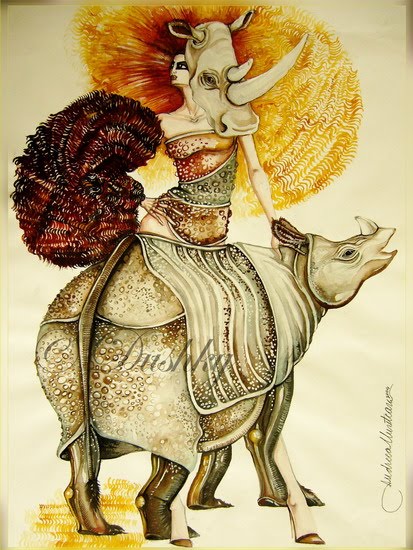 For this one, the theme was almost the same, only this time, the inspiration came from literature. The painting was featured in an exhibition in 2004, the theme was Rhinoceros and it represented a book written by Eugen Ionesco, a Romanian writer, in 1959. The idea was to create a dress made from a rhino, not a real one, obviously. Again, the concept was to create something dramatic and sculptural instead of something ready-to-wear. I really suggest some themes like this, if you want to boost your creativity, it doesn't have to be all about patterns and cuts and stitches, at least not from the very beginning.
♥