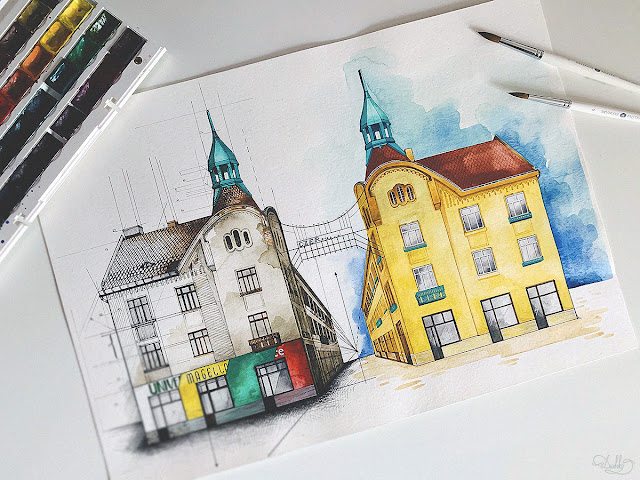 If you've been following me lately, then you probably already know what I'm about to show you today. I've been collaborating with the people over at Heritage of Timisoara, in capturing some of the architectural beauties of my hometown. You might remember that last year we covered the Fabric district, and this year it was Iosefin that had the spotlight. When we partnered up again, I already had my eyes on a few houses that I wanted to illustrate, and the one I'm going to write about today is actually made of two identical buildings. 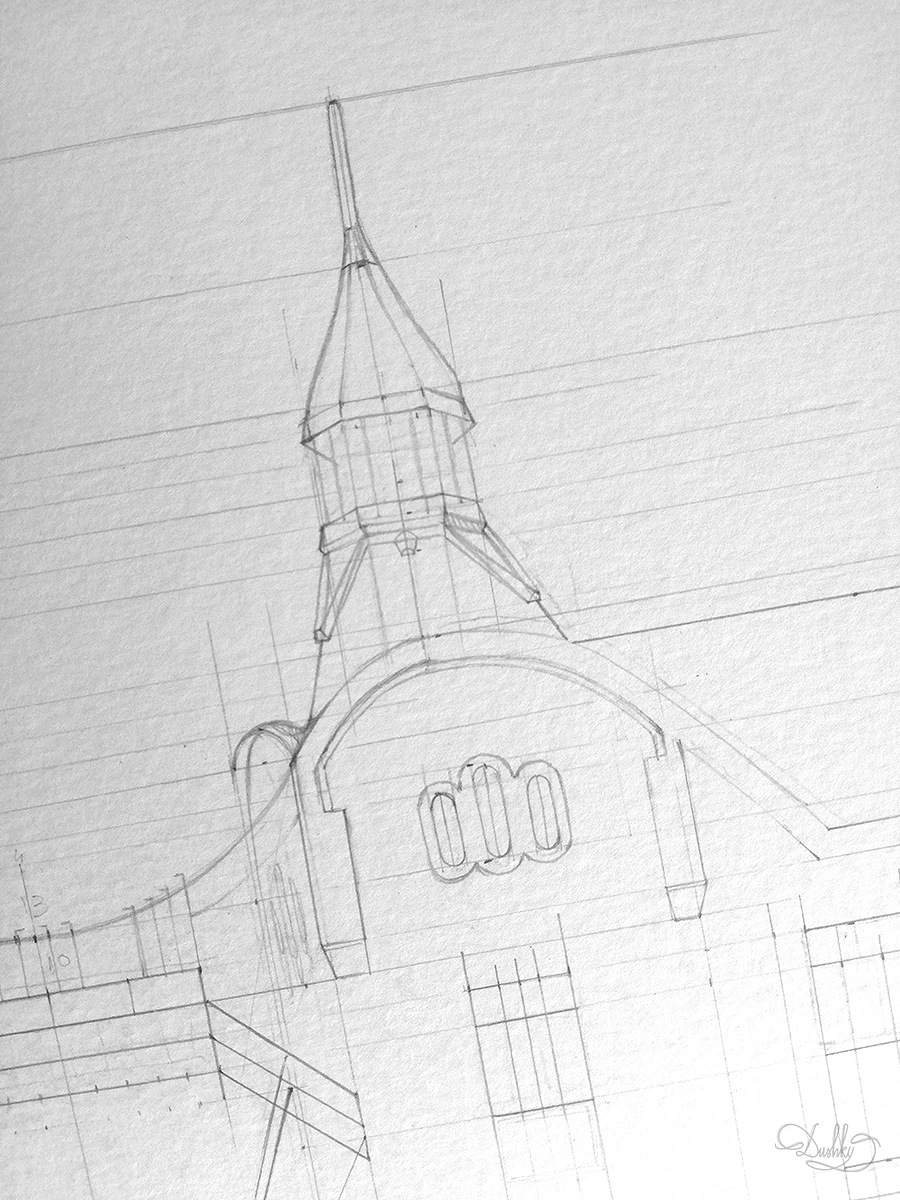 The Nándor Csermák Palaces were erected at the beginning of the 20th century according to the plans of architect Henrik Telkes. Now I'm not going to get into a lot of it's history and technicalities here, you can find all that information in this link, but it is said that the architect designed these identical and mirrored houses for his twin sons (Nándor & Csermák). The way the buildings look today is exactly what I wanted to portray, one is completely renovated while the other one is left decaying. This image is portraying the passage of time perfectly. So in my illustration, the left house, is in decay, slowly fading into a sketch, just the outlines and measurements, like you would have in an initial plan. So, in a sense, slowly turning back time to when it first was designed, then built... and then restored. That part is in the right house, all coloured up and filled with details. 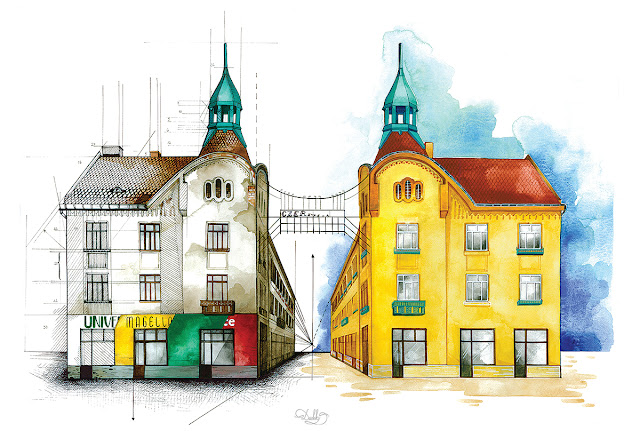 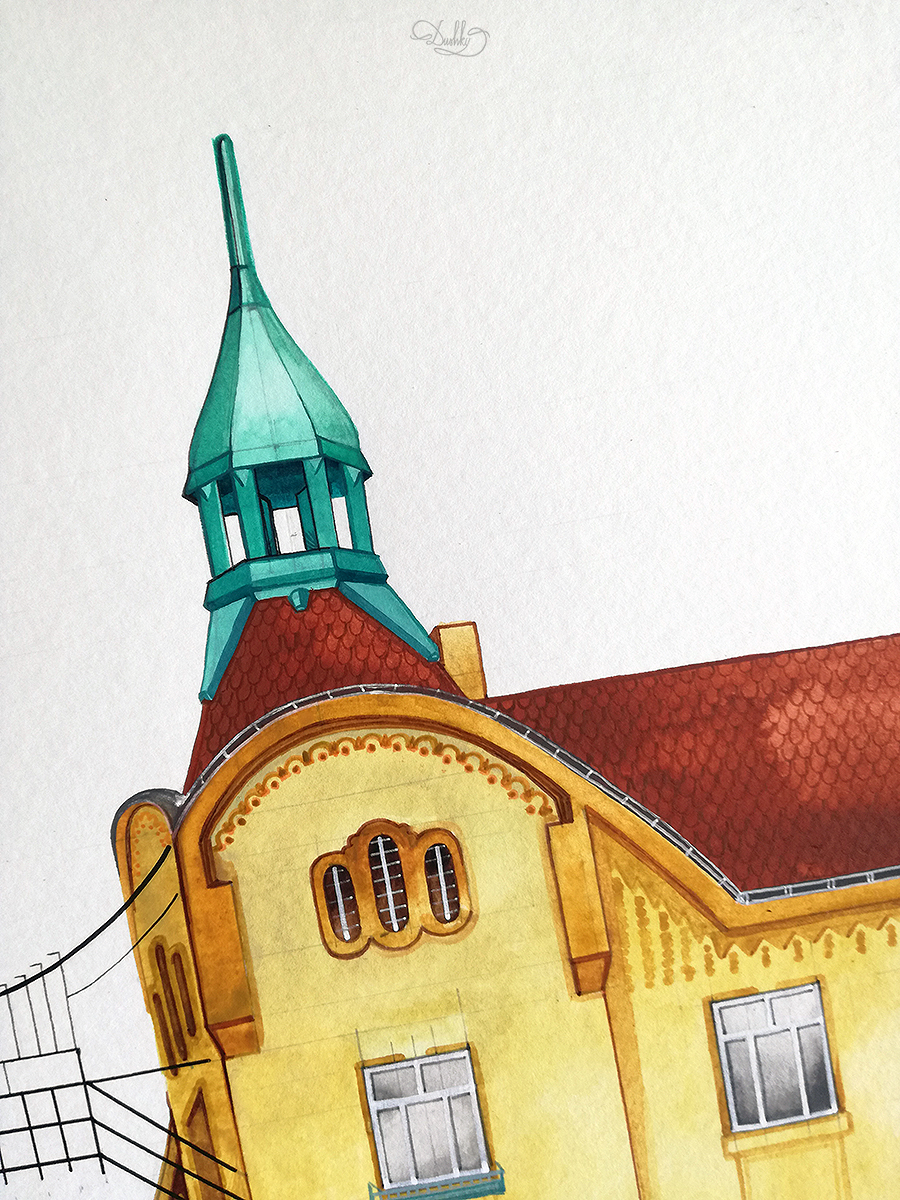 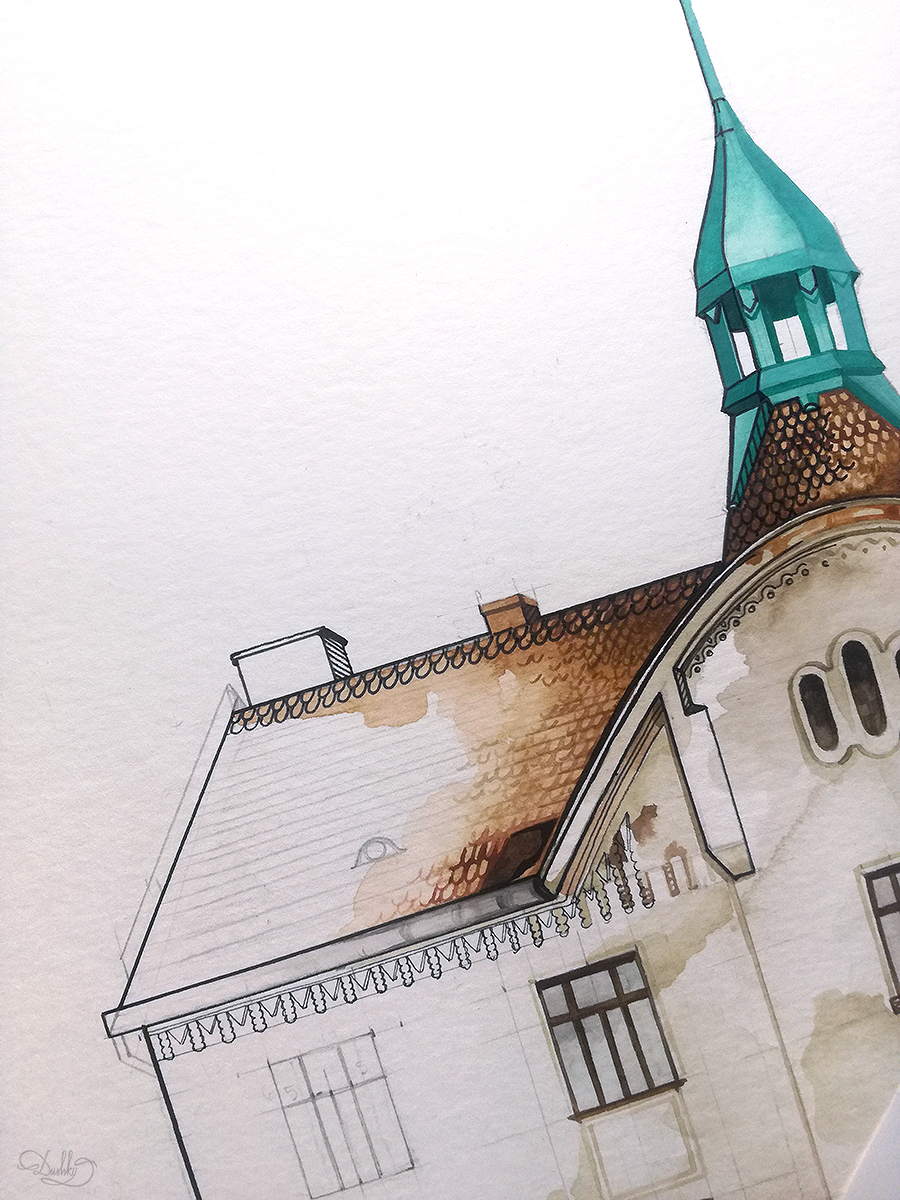 I also wanted to add a fun-fact detail, so in the left house, where the commercial spaces are (and were, as the houses were designed like that) I drew four of the many business logos and wall colours that space has had over the times. 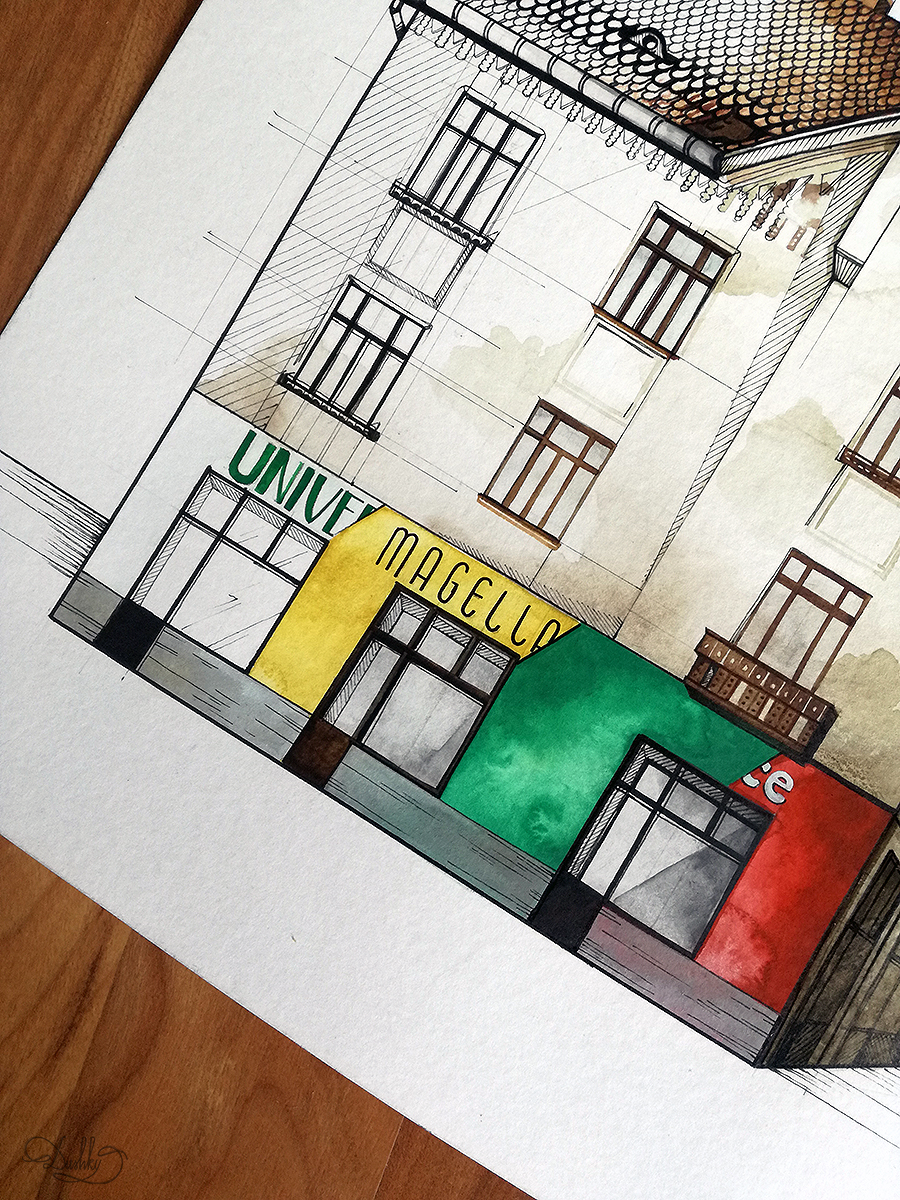 If you missed the event, no worries, you can still send postacrds to your friends and famiy from Ambasada in Timișoara or if you're not in town, you can send digital postcards anytime from HERE. 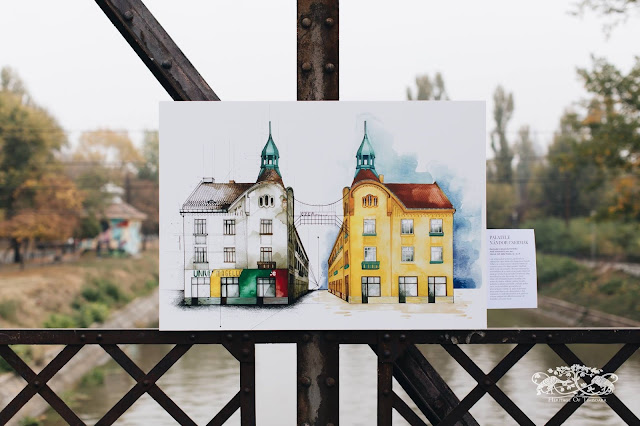