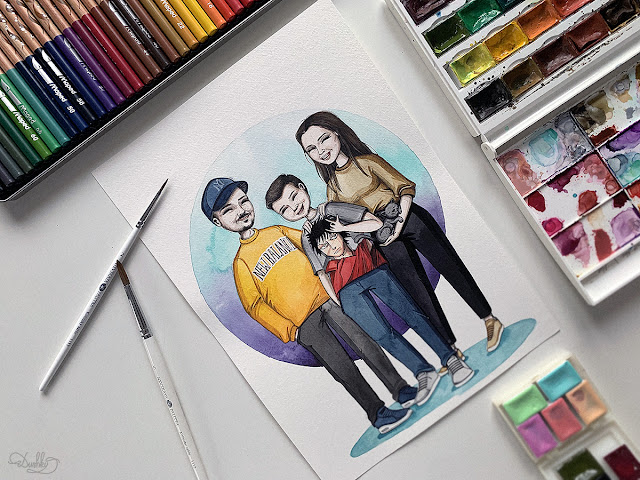 Continuing the series of portraits that I've made six months ago for some of my friends, here's another one of my lovely neighbours and friends, a cheerful and colourful family. The kitty has moved away meanwhile though, and I'm very sad about that. But anyhow, I wanted to say that I love making portraits of my friends, it's much easier since I'm already familiar with their features and lifestyles, so that already saves me a lot of time. I almost always choose something simple for these illustrations, background-wise, because I like showcasing them and what they love through clothing rather than objects around them. Not to say that I don't love painting the ones with the very complex and intricate backgrounds, I actually enjoy all those little details as well, I'm just saying that I love both processes equally, each in their own way. Also, since these are cartoon portraits, and not realistic portraits, nor caricatures, the resemblance is never 100%, I just felt like I needed to put this disclaimer out there. It's more about particular traits that make the illustrations very personal, rather than the faces looking exactly like the ones in the photos, even though, lately, the illustrations are much more "life-like" compared to when I first started this project. Even though, some people prefer the old style, the more childish, bobble-headed-looking figures. Anyway, I'm derailing, so I'll leave you to it, with today's Different-kind-of Portrait. 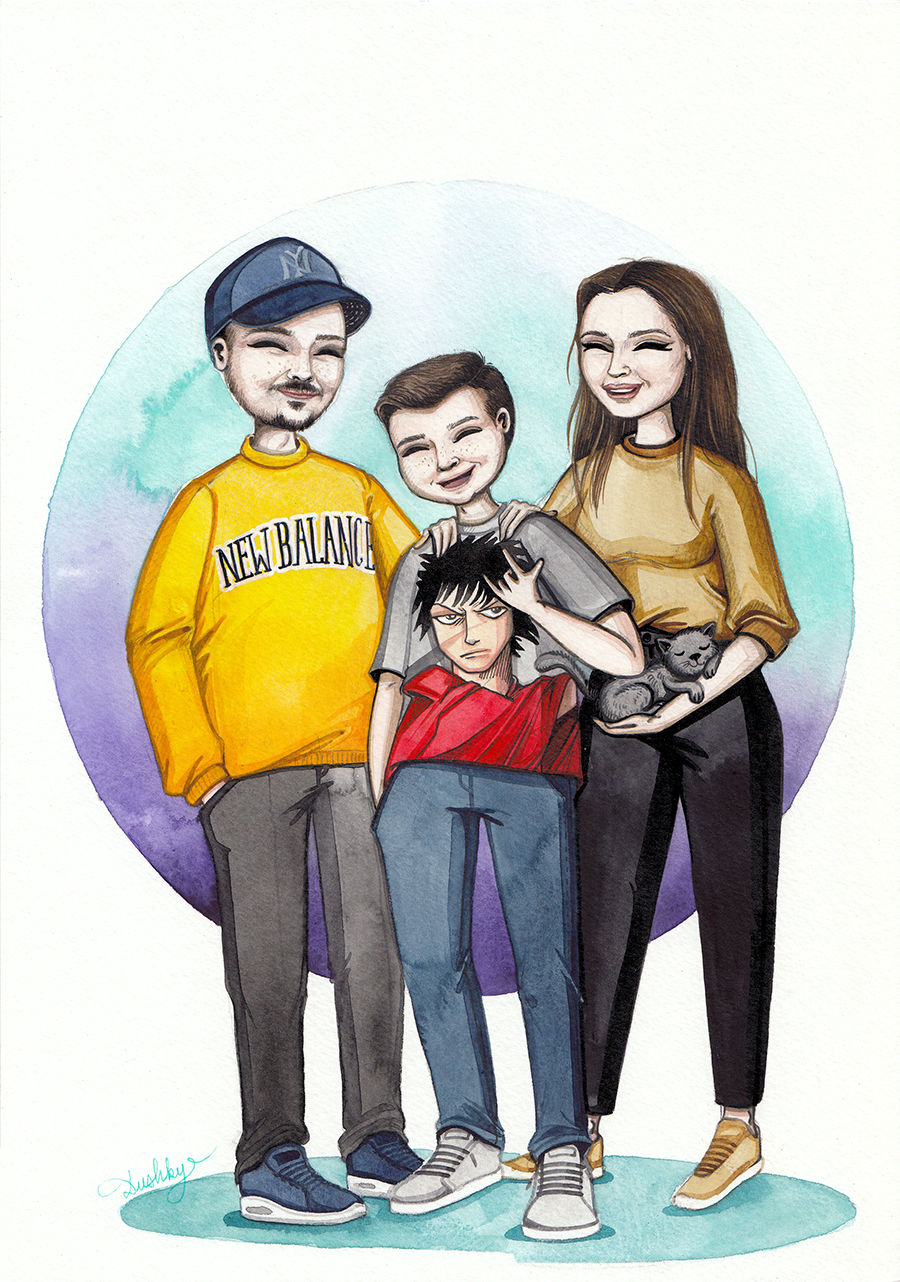 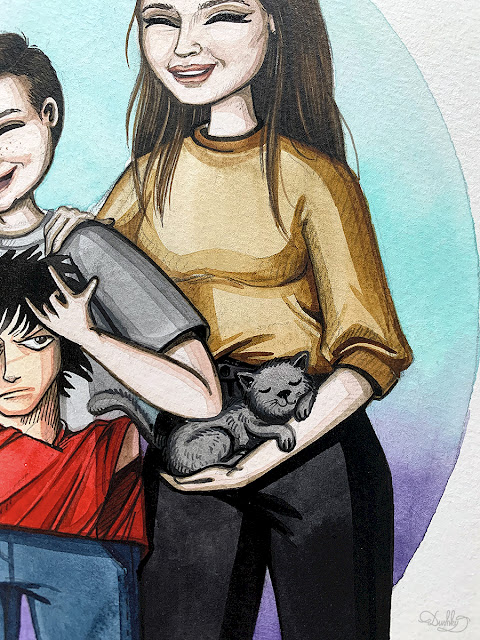 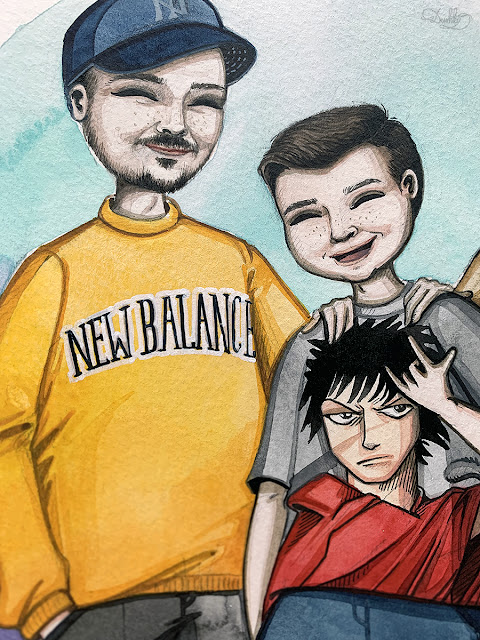