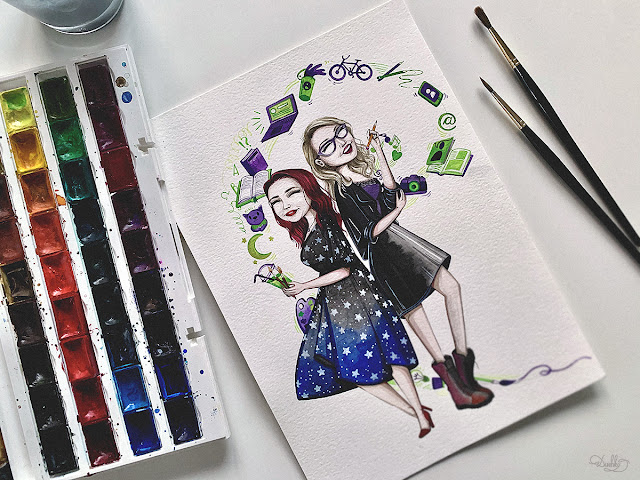 Today's different-kind-of portrait is of two ladies who deal with everything social every day. They wanted me to portray them as they are in everyday life and also portray what they do in that everyday life. They also wanted to use this as a graphic for their business so I had to think the illustration in a way so that it could easily be used without a background, but at the same time, still represent what they do and would look nice framed.

Oh, and there's a Fibonacci spiral in there too, for those who didn't spot it. Also, there's one weird thing that I noticed when painting these portraits: I've been doing this for a while now and I came to realise that a lot of us are wearing black clothes in our daily lives and all is fine and well but in illustrations (at least in mine, for that matter) black doesn't translate that well on paper as it does in real life, or in photos. I can't explain it. It just makes the illustrations look a bit dull or faded. Especially if there's a colourful background in there too. But I've found a way around that. Would you like to know what it is? I'll tell you anyway. So, there's a way of painting black clothes by fading the black into other dark colours, so it kind of stays black but it's colourful at the same time. That's what I did here. Watercolours help here because they fade nicely. There's also another way to do this, but I'll talk about that in another portrait post. 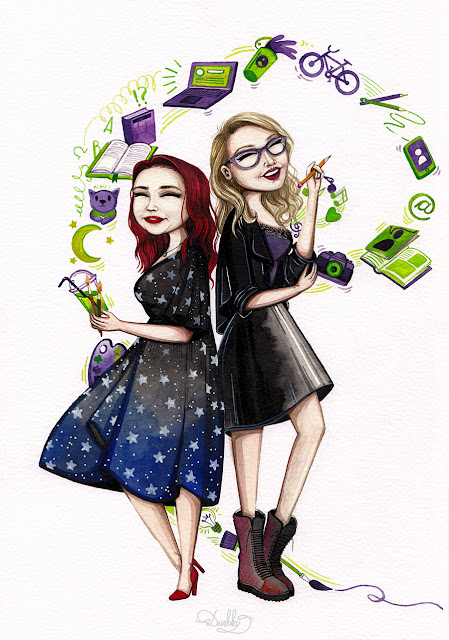 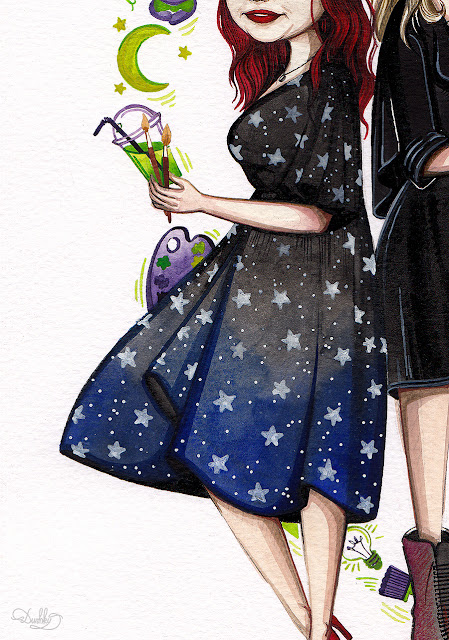 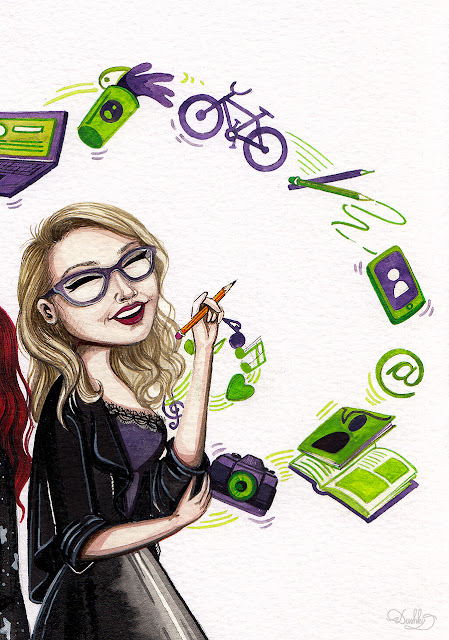